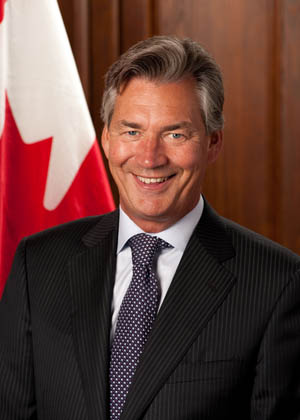 MICHAEL WHATLEY: I would like to thank everyone for joining us this morning for the first in a series of North American Energy Security Dialogues that Consumer Energy Alliance and the Canadian Natural Resource Alliance will be hosting in an effort to broaden the discussion on the importance of North American energy development and trade to the economies of both the United States and Canada.

When we first looked at the idea of developing the North American Energy Security Dialogue series that we are kicking off today, we had both of these missions in mind – and we are very fortunate to have a great mix of both energy experts and policy makers from the United States in Canada.

Throughout the morning, you will hear from three panels of speakers who will discuss a series of critical issues that are the most pressing points in the political dialogue that is taking place in both countries when it comes to the exploration, development, transportation and economic benefits of North American energy resources.

I would like to take just a minute to thank Randy Kerr and the Canadian Natural Resource Alliance for joining CEA in hosting this series, as well as Capitol Power and TransCanada for their critical support in making these events happen.

I would also like to give special thanks to Ambassador Doer and the staff here at the Canadian Embassy for hosting us this morning here in this wonderful facility.

Gary has served as the Ambassador to the United States since October of 2009, representing a country that is not only a staunch ally and the United States’ largest customer – with two-way trade between the countries totaling $710 billion annually – it is America’s largest and most secure energy partner.

Canada is the single largest foreign supplier of petroleum products, natural gas and electric power to the United States – as well as the largest consumer of American energy exports. In fact, the value of the energy trade between the U.S and Canada tops $100 billion annually and supports both thousands of jobs directly in the energy sector and tens of thousands of jobs in related sectors on both sides of the border.

Prior to his service to the Crown, Ambassador Doer served as the Premier of Manitoba for 10 years where he worked extensively with U.S. Governors to enhance Canada-U.S. cooperation on trade, agriculture, water protection, climate change and the development of both traditional and renewable energy.

Ambassador Doer, we are very appreciative that you have made the time to join us this morning and thankful for your hospitality as we launch what we believe will be an important series of discussions on a critical set of issues to both the United States and Canada.