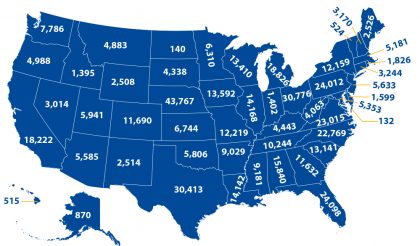 The overwhelming support from American energy consumers for Keystone XL is motivated by both economic and national security reasons. Winter weather and continuous upheaval in foreign hotspots like Venezuela, Ukraine and the Middle East have a disproportionate impact on American fuel prices – which can be mitigated by increased supplies of North American energy.

“Keystone XL will displace energy from our enemies with energy from our ally,” said Michael Whatley, executive vice president for Consumer Energy Alliance. “Energy prices are influenced by global events. Transforming North America into energy self-sufficiency dampens the price spikes caused by upheaval overseas. The comments we are submitting today from hundreds of thousands of Americans reflect what people across the country are saying: We need jobs, we need a stronger economy, and we need to build the Keystone XL pipeline.”

About the Keystone XL Pipeline