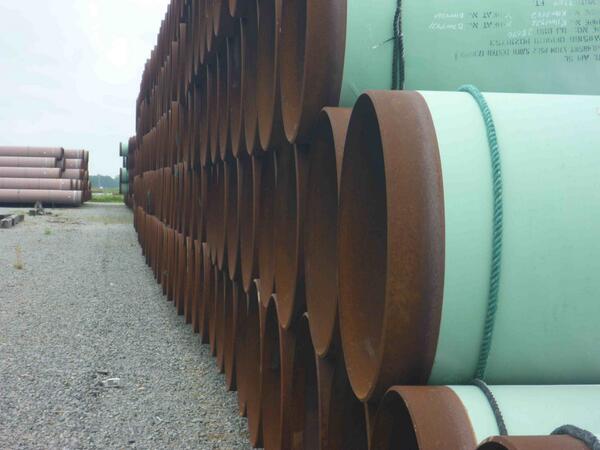 The Norfolk Daily News reports on insights shared by CEA’s Michael Whatley, one of three experts to speak at the Norfolk Area Chamber of Commerce about the Keystone XL pipeline.

A lot has been said and written about the proposed Keystone XL oil pipeline.

Dr. J. Berton Fisher, a board certified hydrogeologist and instructor at the University of Tulsa, said it’s been said that when there is a controversy, the first victim is almost always the truth.

“I think that’s happened here,” Fisher told a group of mostly pipeline supporters while in Norfolk on Monday.

One example of that, he said, has been the discussion about the nature of the oil that would be transmitted via the pipeline.

“The oil that will be transmitted through this pipeline is no more corrosive than other heavy crude oils that have been transmitted for many, many years through other pipelines,” Fisher said.

Fisher was one of three experts to speak Monday afternoon at a luncheon at the Norfolk Area Chamber of Commerce. The event was organized by Nebraskans for Jobs & Energy Independence and included about 20 elected officials, emergency mangers, first responders and reporters.

“This is not some secret, double probation oil,” Fisher said. “It’s crude. It’s heavy crude. That’s what it is.”

Like other crude, it’s ultimately going to be refined and used as fuel, he said.

The 1,179-mile project is proposed to go from Canada through Montana and South Dakota to Nebraska, where it would connect with existing pipelines to carry crude oil to refineries along the Gulf Coast.

One of those who spoke at the event Monday was Brigham McCown, the former administrator for the U.S. Pipeline and Hazardous Material Safety Administration, which regulates the transportation of hazardous materials.

Virtually all the gas and diesel fuel used in Nebraska was delivered by a pipeline, including the gas people have in their cars now, he said.

McCown said pipelines and trains are both extremely safe ways to transport crude oil, but pipelines are safer.

The Keystone XL pipeline will be the safest pipeline that can be built, he said, comparing it to cars. A person might have a car from 1960 that is a favorite, but it would not have the safety features of a 2014 model. That is similar to pipelines and all the safety features there are now, he said.

Michael Whatley, executive vice president of the Consumer Energy Alliance, said there are 250 million cars and light trucks on the road in the U.S., which average 11 to 13 years of use.

Gasoline and diesel fuel are going to power those vehicles easily for the next 15 years, Whatley said, and gas usage will go up in spite of electric cars and an ever increasing supply of ethanol.

That means the nation needs a stable supply of oil that can be refined into gasoline, diesel fuel, jet fuel and heating oil, Whatley said.

“If you want to take a look at the economic impact of oil, look at Dubai,” Whatley said. “Who needs an indoor ski slope in the middle of a desert? They have so much of our money that they don’t know what to do with it.”