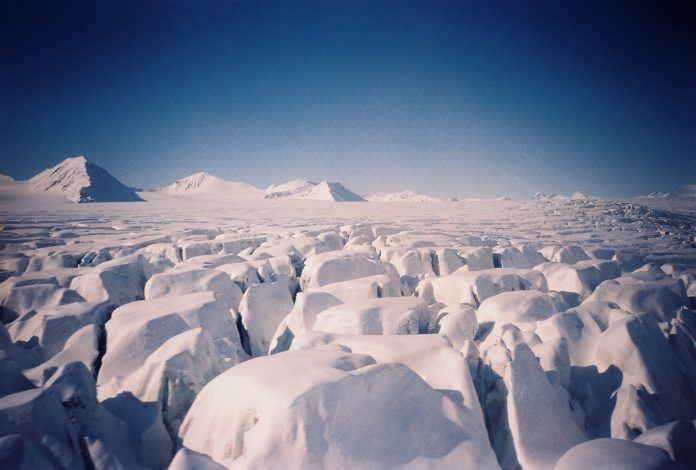 As a part of its Energy Insiders series, National Journal asked energy experts about the future of oil and gas development in the Arctic Refuge following President Obama’s announcement that he would ask Congress to designate it as a protected wilderness area.

The “great Alaska shut-out” may be how future generations describe Sunday’s announcement on ANWR – the most recent salvo in a series of unilateral federal actions to close Alaskan energy development. Closing large areas of federal land and waters in Alaska to oil and natural gas development limits the energy potential of Alaska, deprives the state of much-needed resources to fuel their economy and fund their budget, and jeopardizes the long-term security of the Trans-Alaskan Pipeline System (TAPS) – a critical infrastructure that remains an important part of U.S. energy security for the Lower 48.

Worse still, the president’s decision to manage ANWR as wilderness and boldly ask the pro-energy Congress to permanently prohibit commercial activity in the region goes against the clear and repeatedly stated wishes of the citizens of Alaska – the people who matter most. Senator Murkowski and the rest of the Alaska delegation are not exaggerating when they claim the administration has declared “war” on Alaska. The typically unpretentious Senator Murkowski was right to be incensed: the administration has failed time and again to listen to the will of Alaskans and Alaska Natives on issues of energy development and other commercial activity. Responding to the president’s announcement, the North Slope Borough – the municipal government that encompasses 94,000 square miles on Alaska’s North Slope, the frontlines of energy development – denounced the administration’s move noting that the “people of the North Slope have been unequivocal in their opposition to further Wilderness designations in ANWR.” Furthermore, the Borough stated, “We would like to invite President Obama and Secretary Jewell to travel to ANWR and meet with the people who actually live there before proposing these types of sweeping land designations.”

From ANWR and NPR-A to offshore areas off the north and south of Alaska, the Obama Administration has utilized nearly every tool it has to restrict access to Alaskan energy development without congressional oversight or sufficient input from Alaskans. For a Congress that is looking to swiftly counter these actions, legislators must understand what’s truly at stake here.

While ANWR has been a political football since the 1990s, this should in no way undermine its importance – nor the importance of offshore Alaskan resources. Alaskan energy has fueled consumers in the lower-48 for decades, helping to dramatically lower oil imports in the 1980s and provide Americans a stable source of energy in an increasingly unstable world. For the state of Alaska, oil revenues provide more than 90 percent of the state’s budget and the industry supports one-third of Alaskan workers. The recent decline in oil production from state and private lands already has the State of Alaska facing significant budget deficits and an unemployment rate of 6.3 percent, which is higher than the U.S. average of 5.6 percent and much higher than energy powerhouses like North Dakota and Oklahoma that have unemployment rates of 2.8 and 4.2 percent, respectively. For American energy consumers, particularly those on the West Coast, the decline in Alaskan North Slope crude has required refineries to import oil to replace these declining Alaskan supplies.

We are in the midst of an energy revolution, and Alaska is key to its continuation. The Obama Administration continues to publicly taut the importance of energy development and take credit. Yet, its actions tell a different story, with these new restrictions on Alaska being the last example. The fact is that shutting-out Alaska has the potential to jeopardize the long-term viability of our energy revolution. Opening up areas of federal land and waters and permitting offshore development in the Chukchi Sea ensures a strong pipeline of energy projects will come online to fuel America for generations and to keep Alaska growing. Moreover, Alaskan energy development anchors U.S. leadership in the Arctic, an area of increasingly geopolitical importance.