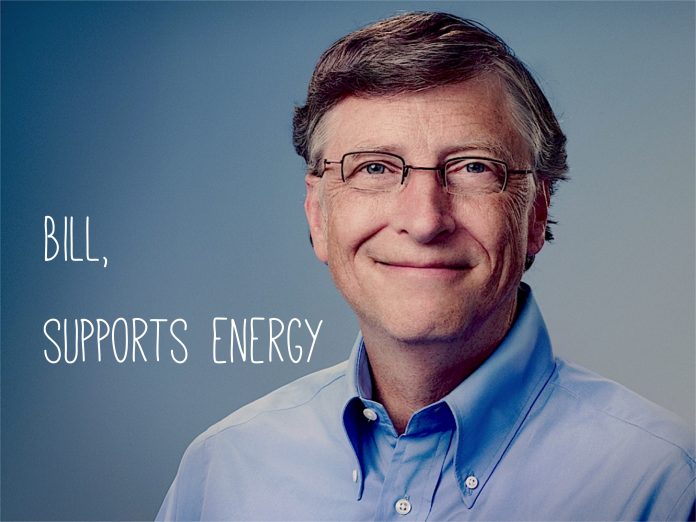 When Bill Gates gets involved, you know it’s serious. That’s why we were glad to see Microsoft founder and billionaire philanthropist pounding the lectern over the need for more funding in energy research.

The United States Government invests billions of dollars every year to support all types of energy, including renewable power, nuclear and fossil fuels, and to discover the resources we didn’t even know existed. However, most of these funds are not allocated toward the research, development and demonstration (RDD) phase, but rather to subsidize the cost of deploying existing technologies.

Gates and six other executives have founded the American Energy Innovation Council and are urging policymakers in Washington to make energy research a strategic national priority.

Consumer Energy Alliance, like Mr. Gates, believes this should change. We need to better allocate these resources to the RDD phase and help bolster private funding in energy research. Who knows what our brilliant labs, universities and other institutions could discover.

Oftentimes, it’s the breakthrough technology that no one saw coming that can change the course of our energy future. As Mr. Gates noted at a recent event hosted by the American Energy Innovation Council, investments in energy innovation can really pay off. According to the New York Times, “Mr. Gates cited the example of hydraulic fracturing to unlock gas and oil in shale deposits, a technique developed in part with federal research money that had led to a newfound abundance of oil and gas, lowering prices for consumers.”

Yep, decisions made decades ago to help fund a research program on fracking translated years later into $2.25 gasoline. One can only guess what the next breakthrough could be…