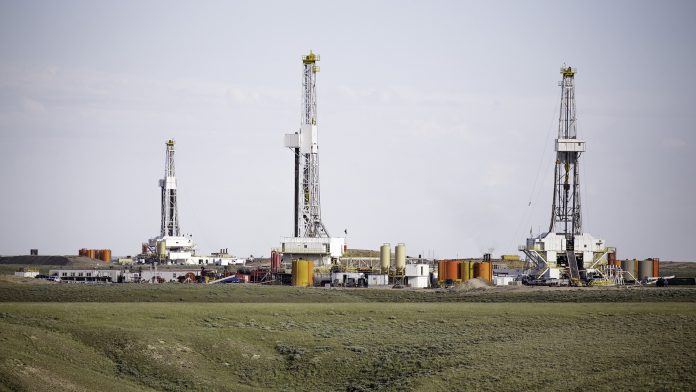 When groups take the irresponsible and uneducated position of saying no to energy development, everyone – especially those in oil-rich Texas communities – lose, CEA President David Holt says in an op-ed published in The Bryan-College Station Eagle.

On Nov. 4, the voters of Denton made history. They approved a fracking ban within the city limits, the first ban of its kind in the energy-giant state of Texas.

It was, however, the kind of history that other leading energy regions, such as the Bryan-College Station metropolitan area, should strive to avoid.

The ban effectively ends natural gas production in the city — and the thousands of jobs and millions in tax receipts that it generates annually.

Natural gas production in the gas-rich Barnett Shale accounts for nearly 40 percent of economic growth in the region. It also produces about $30 million in taxes to Denton.

The Perryman Group estimated in a report earlier this year that the ban, if approved, could cost Denton $251.4 million in economic activity and 2,000 jobs over the next 10 years.

The legislation also would slash tax income by $5.1 million and cut $4.6 million in revenue to the Denton school district. Expect consumers and residents to make up the difference, especially if a long, expensive legal battle ensures.

Hydraulic fracturing and horizontal drilling are nothing new, especially in Texas. What is new are the recent calls for drilling restrictions by activists who also are trying to kill the Keystone Pipeline, offshore energy development, transmission lines for wind and solar electricity and almost every other energy development plan in America.

Rather than work on a solution to solve the issues surrounding drilling in a suburban area — and set an example for other cities in Texas to work from — many students at the University of North Texas were swayed by the startling rhetoric from anti-energy activists and their overly reactionary solution to the problem. Denton residents now will be left holding the proverbial bag, once students complete their course of study and move away.

This should not have happened.

After all, banning energy not only undermines Texas’s longtime stance as the American leader in energy production, it simply is not good for Lone Star state consumers. We need to continue holding the industry to a high standard on health, safety and the environment, but we can maintain this standard while still reaping the economic benefits of drilling for oil and natural gas.

And those benefits are hard to ignore. A new report from ICF International finds that a gallon of gasoline would cost an estimated 29 cents to 94 cents more if not for technologies such as hydraulic fracturing and the energy it unlocks.

In College Station, employers such as Sanderson Farms rely on affordable and reliable energy to meet payrolls, hire new employees and grow the local economy.

As a result, countless polls and surveys show that there is tremendous bipartisan support for energy production of all kinds, even hydraulic fracturing, which is not a new technology.

And since hydraulic fracturing has enabled the U.S. to reduce dramatically its carbon emissions, and thus improve its overall environmental record and put it on a path to achieve record air quality levels, it is far more environmentally friendly than many think. But these facts were left out by the Denton Drilling Awareness Group and other anti-energy activists. Moreover, many communities in Texas have successfully regulated oil and gas development within city limits to better mitigate the impacts to local residents and still reap the economic benefits of drilling.

Members of the College Station City Council understand energy’s significance. In fact, the council recently added to the city’s list of oil and gas wells by approving two more that would utilize hydraulic fracturing. Cities such as College Station can do much to help relieve the friction between drilling activities and local residents. Ordinances that help reduce noise, light, traffic and other impacts can allow cities to reap the economic benefits of hydraulic fracturing while satisfying the concerns of residents. But it takes the cooperative spirit of all involved.

When groups take the irresponsible position of simply saying no to energy development, everyone loses. College Station is doing its part to continue Texas’s long history of energy dominance. Other Texas communities need to follow in their direction.