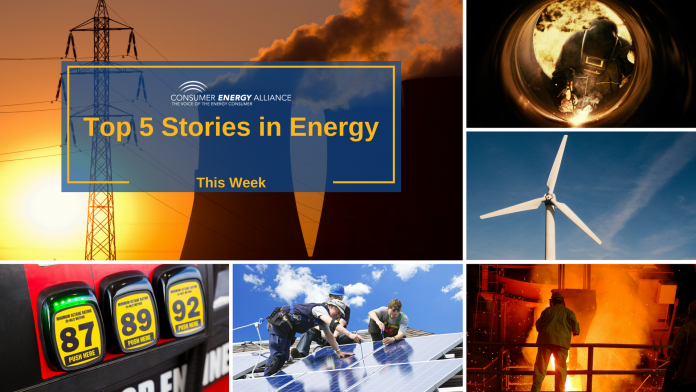 Just in case you missed it, here are the top five stories in energy from last week!

Colorado’s power grid is about to get a big, modern boost, and customers should be able to save some money on electricity while better accommodating their electric vehicles and smart appliances. The Colorado Public Utilities Commission granted a pair of approvals Wednesday to clear the way to install advanced metering infrastructure and associated components of an advanced communications network. The system is expected to give customers more information and power over where they’re using electricity to help them save it.

There was a time when major gyrations of crude oil prices used to shape trading sessions on Wall Street, but traders seem to have adjusted to lower demand as well as political instability in OPEC countries such as Syria and Venezuela. In mid-2017, oil prices are on the rise but still at their lowest levels in more than a decade; on Wall Street, however, traders seemed to be paying more attention to the American economy and to decisions taken by the Federal Reserve. Shale gas and the arrival of renewable energy sources have changed the rules in commodity exchanges, and traders are no longer worried about a potential oil crisis since now there are clear alternatives.

Ninety-seven percent of survey participants agreed that affordable, reliable energy is important for Northeastern families and businesses. Ninety-two percent said that maintaining and delivering adequate supplies of affordable fuels is necessary for consumers and businesses, while 88 percent said that sufficient supplies of natural gas is important in keeping electricity and home heating affordable and reliable.

Storage levels of gasoline and diesel in Texas and other oil-producing states are currently at very high levels, and thus retailers are adjusting prices downward amidst lower demand from drivers. In the Greater Houston area, the average price per gallon was $2.14 with some stations as low as $2.10. The most recent time gas prices were as low in the U.S. was during a brief period in 2005, and some forecasts suggest that $2.0 per gallon could be seen at gas stations sometime in 2017.

A residential charging port for a new generation of electric vehicles has received Energy Star certification, making ChargePoint the first device to be certified as such. What this means for ChargePoint is that an electric car owner stands to save up to 40 percent in monthly electricity costs. The current charging rate of this port is 25 miles per hour; most Americans who drive electric vehicles tend to charge them long enough to get 30 miles, which is slightly below the average commuting distance in the U.S.