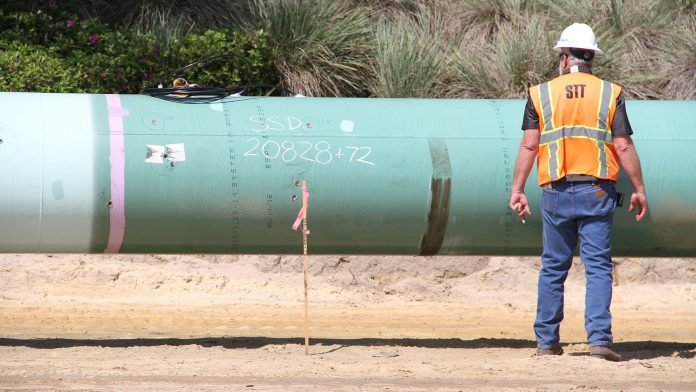 Increasingly violent protesters such as those who have recklessly shot at pipelines near residential neighborhoods resulted in members of Florida’s congressional delegation to join 80 others in signing a letter to Attorney General Jeff Sessions, urging the DOJ to investigate fuel pipeline protesters under the domestic terrorism statute.

Four Republican Florida congressmen were among more than 80 today signing onto a letter to Attorney General Jeff Sessions asking whether attempts to disrupt the operation of fuel pipelines represent “domestic terrorism” under federal law. The letter notes media reports of attempts to shut down or damage pipelines, including efforts on the same day in 2016 to shut down five pipelines. “While we are strong advocates for the First Amendment, violence towards individuals and destruction of property are both illegal and potentially fatal,” the letter states. Among those signing onto the letter were Reps. Matt Gaetz, Neal Dunn, Ted Yoho and Daniel Webster.