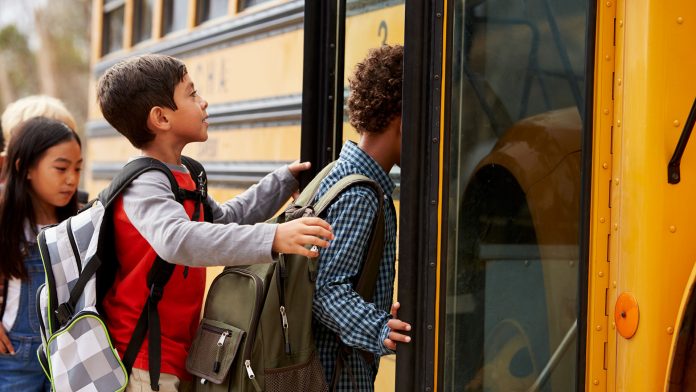 It’s a two-way street when it comes to energy and education. When energy companies develop our natural resources like oil and gas, they pay taxes. Those taxes go by many names such as severance tax, royalties, ad valorem, mill levies and property tax, just to name a few.

Typically, tax revenue from oil and gas development gets placed into to a few different buckets where it ultimately gets divvied up some more. For example, some local communities receive these funds because they see and experience energy development firsthand within their towns and cities. At the local level, that revenue is often used for new or improved roads, bridges, parks, emergency services and schools.

Each community or state handles it a little differently. One shining model often cited is North Dakota. According to Energy North Dakota, in 2014, during the height of the “Bakken Boom,” the industry paid a total of $157 million to the Common Schools Trust Fund. Separately, another ten percent of oil extraction taxes were also deposited each month into the Foundation Aid Stabilization Fund, which had a balance of $588 million as of April 1, 2015, helping to maintain the state’s General Fund while also providing aid to school districts and other educational purposes.

North Dakota residents also passed an initiative to create a Legacy Fund to keep pace with the growth energy development has brought them. Between 2010-2016, North Dakota socked away more than $4 billion strictly from taxes on oil and gas development. This year, their lawmakers started debating how to spend the $300 million in interest earnings the fund generates annually. That’s right; they aren’t even tapping the fund, just the interest it has accrued.  In lean years, North Dakota has the benefit of tapping the Legacy Fund instead of raising taxes on its citizens.

Stories like this can be replicated in other states and communities too and it’s starting to look like New Mexico could have the opportunity to mirror North Dakota. The Permian Basin, America’s latest prolific oil basin, which straddles the New Mexico-Texas border, has been home to oil development for more than a century. The recent uptick in New Mexico is comparatively new. A recent report by the nonpartisan New Mexico Tax Research Institute confirmed that New Mexico’s General Fund has enlarged and public schools are set to benefit from $1.743 billion in revenue generated from oil and gas taxes. The report also shows $711 million in funding for public schools, and nearly $223 million for the state’s universities, colleges, and other higher education institutions.

One thing is for sure – energy grows education. But when it comes to energy and education it’s a two-way street.  Simply put, not enough people know how much energy supports our schools, which means we need to grow education about energy. And that’s what our Campaign for America’s Energy is all about, making communities more aware of energy and the many benefits it brings us.