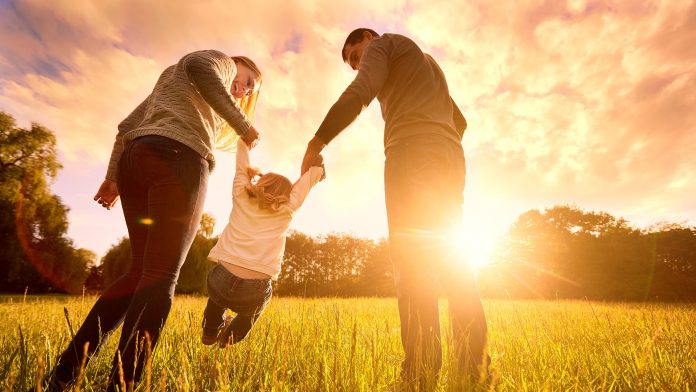 The nation’s offshore energy resources are vast and could help provide long-term reliable energy to American families and businesses, so they can more affordably power and fuel their homes, electronics and cars while supporting communities via job creation and revenue generation.

Exploring for energy off our coasts represents an opportunity to not only create jobs, but grow the economy and preserve Americans’ way of life for generations.

Given the environmental progress that the U.S. has achieved in recent decades – including reductions in greenhouse gas emissions and improvements in drinking water quality – it is clear we can have responsible energy development and environmental protection.

Given the rhetoric out there about offshore energy, here are a few important realities to help set the record straight:

What They Say: If offshore drilling is approved, we are going to see oil rigs from our beaches, and it will ruin our views.

The Reality: New drilling isn’t approved yet. Even if the federal government’s proposed offshore plan is approved, any drilling or final decisions would still be years away and would only come after further environmental reviews, lease sales, and approvals. Any platform would likely be far out of sight. No one would run into any jet skiing or parasailing.

To be clear, any leases or exploration does not mean energy development is a given. It may not even happen at all.

What They Say: New offshore drilling threatens over 2.6 million jobs and roughly $180 billion in GDP.

The Reality: A new report found that, if implemented, the proposed federal offshore energy leasing plan could contribute over $615 billion to the U.S. economy within two decades. This could bring more jobs and investments to coastal communities and strengthen U.S. energy and national security. An example of this can be seen in the Gulf of Mexico, where states have experienced thriving fishing and tourism industries that have occurred along with energy development.

What They Say: With all of the energy we already have access to across the country, we don’t need to drill for oil off our coasts. Plus, there aren’t even enough resources offshore.

The Reality: Even with the current American Energy Revolution, we still import nearly half of the nation’s oil and petroleum product supplies. With our demand for energy continuing to grow in the coming decades, without proper planning and adequate access to American energy, families and businesses will face higher energy costs if we are forced to meet more of our energy needs through foreign imports. That would not only be a burden to those who can least afford it – living paycheck-to-paycheck – but also for people who are living on a fixed income and the 42 million Americans living in poverty who spend on average at least ~1/3 of their income on energy.

Even more, based on the government’s current estimates, expanding access in areas like the Atlantic, Gulf of Mexico, and the Alaskan Arctic could provide enough energy to replace nearly 100 years’ worth of oil and petroleum product imports from the Persian Gulf alone (we imported over 635 million barrels from the Persian Gulf in 2017). However, much of America’s offshore has not been surveyed in decades and it is unclear what exactly lies off our coasts – the estimates could be even higher!

What They Say: Offshore drilling proposals threaten tourism and the money brought into these coastal communities and states whose economies are inextricably linked to beaches and shorelines.

The Reality: If approved, opening new areas offshore would increase economic benefits for communities in coastal regions and nationally. In addition to generating tens of thousands of good-paying jobs and economic stimulus that this access would create, developing more energy here at home means more affordable fuel prices, which means more income for American families to spend on things like travel to beach communities, hotels, restaurants, and popular fishing grounds. It also means more money for American businesses to invest in hiring and retaining employees and growing their companies, and savings that the military can use toward safeguarding our national defense.

Plus, as the Obama Administration concluded in 2016, if we fail to maintain and expand access to America’s offshore energy resources, the nation will face net environmental and social costs, as we are forced to rely on getting energy from other places, including foreign countries that don’t have strong environmental laws, to meet our energy needs. By developing our own energy under our strong regulatory framework here at home, we can protect our environment while furthering our energy, economic, and national security.