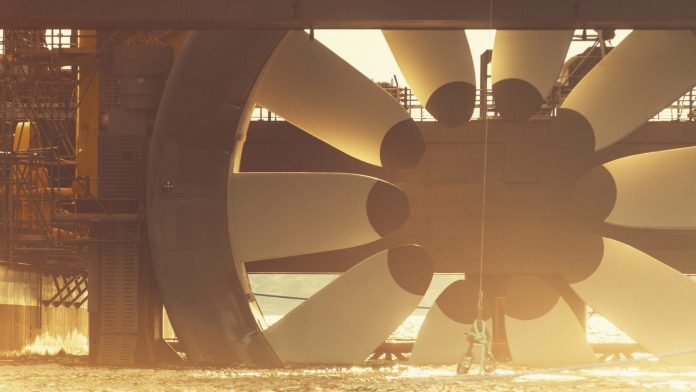 As countries across the world continue at attempts to diversify their fuel mix, many potential energy sources are being explored. One of the more innovative ideas currently being researched is tidal energy, a form of alternative energy derived from the natural tides of the world’s oceans. Here’s what you should know about tidal energy and its benefits.

How Does Tidal Energy Work? 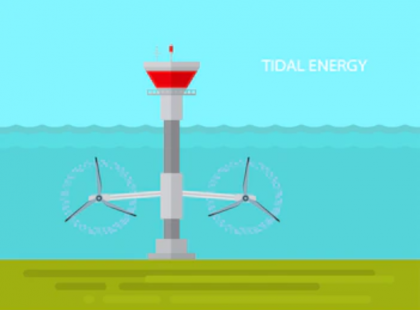 Tidal energy is similar to traditional hydroelectric power in that it harnesses the kinetic energy of moving water. While hydroelectric dams use running rivers as their power source, tidal energy is generated as ocean water moves in and out with the tide. The density of water makes tidal energy fairly efficient in terms of generating power.

There are a few different ways for tidal energy to be harnessed to turn turbines, which then generate actual electricity. The most effective method that has been developed thus far is to place turbines in tidal streams, which are areas of relatively fast-moving water produced when tides are coming in or going out. Other methods, including harnessing energy from water flowing in and out of tidal lagoons, have been explored, but are generally considered inferior to tidal stream power generation. A new conceptual method, known as dynamic tidal power, is currently being explored. Dynamic tidal power utilizes dams stretching into the ocean to harness the kinetic energy of tides across a wide area, rather than in concentrated streams. However, the dams proposed for dynamic tidal power to be effective would be so large and costly that it may never be a fully-realized possibility.

Pros and Cons of Tidal Energy

The most obvious advantage of tidal energy is its unparalleled reliability. Several forms of alternative energy, especially wind and solar power, are heavily reliant on dynamic conditions. While sunlight and wind may produce varying amounts of power on any given day, the tide is extremely predictable. Once a tidal energy station has been built, the amount of power it generates in a day will be constant. Because of its status as a completely renewable energy source, tidal energy also has minimal environmental impact outside of the station’s construction and footprint.

Although it’s still a new technology, several completed, real-world projects have provided proof of concept for this innovative method of power generation. The first plant to actually use tidal power was built in 2007 in Northern Ireland. In the subsequent years, plants capable of producing electricity from tidal energy on a commercially viable scale opened in France and South Korea. At this point, the number of tidal energy plants worldwide has demonstrated that the concept itself is both sound and commercially reasonable.

How Can Consumers Benefit from Tidal Energy?

Consumers stand to benefit from tidal power in two main ways. The first is the fact that tidal power plants could have lower environmental impacts and help reduce emissions that occur when power is produced. Second, once a tidal power plant is constructed, its actual operating costs are fairly low, meaning that consumers could see a slight decrease in the price they pay for electricity.

And with more than 70 percent of the earth’s surface covered by our oceans and roughly 372,000 miles of shoreline across the globe, tidal energy could be a viable source of energy for coastal communities once costs are reduced and a more feasible way to draw power is created. Until then, we will continue to monitor energy types being developed across the globe.

Do you know of interesting things being created to harness energy? Send us examples at info@consumerenergyalliance.org as we explore new and innovative energy types in our Energy Explorer series.