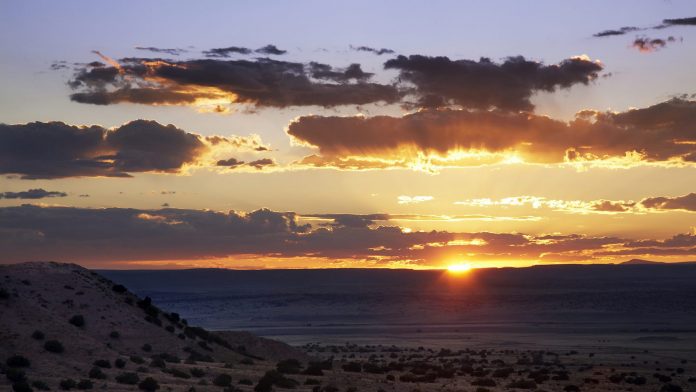 If you log into Facebook you’ll see stories and shared articles claiming that the oil and gas industry is harming the environment. The industry is painted in a negative light with words like “money hungry”, “hazardous chemicals”, “oil spills”, “pollution” and most often heard – “BIG OIL.” What most people don’t see is the inaccuracies or the lack of balance that covers those pages. Especially when it comes to New Mexico.

Believe it or not, it’s possible to have a successful oil and gas industry while also promoting environmental sustainability. For starters, many of these projects have been in review for months, if not years, before they begin. These reviews not only look at costs, construction and permitting, but also the social due diligence needed before a project can start.

That social license to operate helps the oil and gas industry daily as it works to ensure affordable reliable energy for everyone in the state, while also maintaining a clean and healthy environment. Plus, by supporting the state’s booming oil and gas production comes funding, much of which goes towards creating better technology to keep costs low and to increase how companies protect the environment.

Outside of new technology, many oil and gas companies use portions of their revenue to give back to the environment and assist in researching new forms of energy. These same large scale companies do their best to avoid and mitigate their environmental impact throughout their operations by creating in-depth plans, reusing materials, and setting targets for improvement by measuring greenhouse gas emissions and their use of water.

Moreover, many of the operators that exist in New Mexico are small businesses, not the giant corporations that activists groups claim. Additionally, the state of New Mexico has always been a leader in advanced technologies and new ways of doing things. Because of this, leaders in the state have teamed up with the U.S. Department of Energy (DOE) in a formal Memorandum of Understanding to look at how water used in the oil and gas process can be reused, recycled or renewed.

Continued false perceptions about New Mexican oil and gas creates a false stigma that the industry is bad and pro-environment groups are good. However, the situation isn’t that black and white and these perceptions harm both families and business by driving up the cost of energy.

Since 1990, the oil and natural gas industry have invested more than $300 billion to improve facilities, products, and operations from an environmental standpoint, and the results are shown. The reality is that oil and gas companies reinvest a large majority of the money they make and are overwhelmingly generous when it comes to giving back to their communities and the environment. Because of the work policymakers have done in New Mexico and across the nation, the United States leads the world in increased standards and is one of the top countries for emissions reductions. With new technological innovations under increasingly stringent regulatory standards, these companies have helped produce more energy and a cleaner planet.

According to the EPA, total emissions have declined 73 percent since 1970, and the 2017 BP Statistical Review of World Energy reported that U.S. total emissions decreased more than any other country and in total is roughly the total emissions over the same time for the entire European Union.

Supporting oil and gas production in New Mexico means more money for our communities. That’s because as new technology shapes the energy industry, costs go down and companies can do more with less, like creating new research streams, giving back to communities and working on environmental enhancements and restorations. These are things like upgrading and enhancing our water reservoirs as well as updating banks and preserving and conserving areas of the Rio Grande. Much of this money comes funding, including from oil and gas development.

This same revenue also has the prospect of creating new jobs and increasing the size of our economy, but that’s another story…