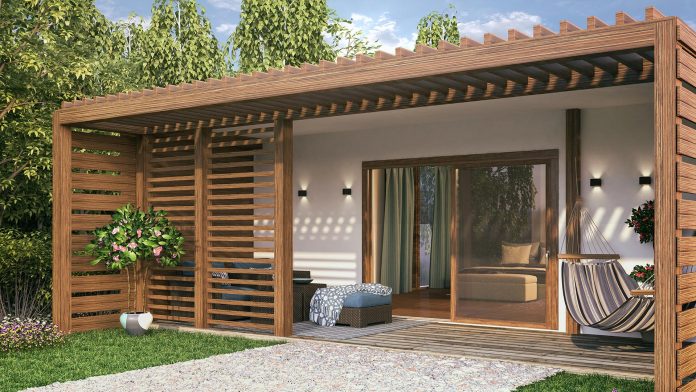 Some people say that bigger is better when it comes to homes, but not always. Sometimes, bigger just means bigger, more expensive, and oftentimes it leads to rising costs of buying and maintaining a home. When you consider it that way – bigger can mean serious challenges. The more you buy, the more you maintain – and pay for. The rise of the tiny and small house movement has come as a direct response to these problems and the stark realities that come from a society fixated on consumerism, overspending, and debt, along with a slight haunting of the housing crisis at the beginning of the decade. For others, it’s a way to cut back and clear clutter and to stop paying for unused and unwanted space.

In 1950, TreeHugger magazine reports the average house size was 983 square feet. Today, that average house size being built according to the U.S. Census Bureau is 2,422 square feet. All of that space not only has to be furnished, cleaned, and maintained, but it also has to be heated, cooled, and electrified. For newer homes, this may not be expensive, but for older homes – this is a lot of inefficiencies that could be costing the homeowner extra cash out of their budget.

Sarah Susanka is said to have inspired the small/tiny house movement in her book, The Not So Big House, in 1997, writing what many who live in bigger houses already know, “..some of the rooms are only ever visited by the cleaner.” This is especially true for mid-life couples, where children have moved off to college or have their own homes and families. Sometimes rooms sit as monuments to the history of by-gone days, and other times they are converted to sitting rooms, libraries and even storage. Those rooms need to be heated and cooled with the rest of the house, causing higher utility bills for unused space.

With real estate prices in some parts of the country rising and utility bills for middle- and lower-class communities can be a sticking point – forcing people to make hard decisions about their bills and families – it’s no wonder why people would want to scale back. Carmela Ferraro suggests in Financial Times that smaller houses can be a solution for that real-life, worldwide problem. “With world economies faltering and real estate prices still relatively high, especially in more sought-after city centers, they can provide the budget conscious with an affordable entry point into the real estate market.”

Indeed, this is true with regards to purchasing and maintaining a home, but it is also true with regards to repairing it too. The whole process of owning a house can get quite expensive. Depending on how old the house is, dealing with wear and tear can be a financial stress. Walls will have to be painted. The roof will have to be shingled. Plumbing will have to be fixed. The bigger the house means the bigger the direct impact on the size of all of those bills. So, bigger can often equate to bigger cots, but that is an area where tiny homes can really shine. Tiny and modular homes also use less electricity to heat and cool, fewer resources to make, and a smaller environmental footprint.

With these realities in mind, and as we consider emissions reductions, real estate professionals should consider the small/tiny market for their own financial success, as well. For example, if you want to sell houses that people have the money to buy, what better market is there than a market that fits the decreasing size of American families as well as the changing mentality of new generations on the importance of space – or rather – lack thereof.

Locations that were once sparsely populated are now finding themselves in the middle of busy roads and growing communities that have slowly started to develop around their once-quiet neighborhoods. For those that are ready to step away from the growing excitement of these cities or to downsize from a larger house in an urban environment can now find solace in a new way. Not only are these homes a fraction of the cost, but some are also as big as sizable apartments which often times can be mobile or easily transported while still providing the benefits of homeownership.

While the average home size hasn’t decreased much over the past few years, family sizes have and many people have expressed wanting to limit their carbon footprint and this is a great way to meet the needs of both. Tiny and modular homes can provide a realistic path to not only owning a home, but being an environmental steward where homeowners can maintain a smaller budget, fewer repairs, and do their part to reduce their carbon footprint.

Whether it be for economic or societal reasons, the market of tiny homes appears ready to make a big splash in the area of home development, and it will stand as a wise choice to all who are ready to wade into it.