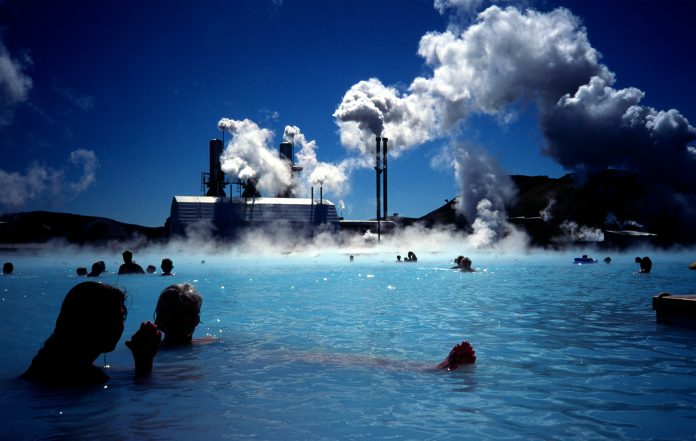 When most people think of energy, they think of oil and gas, solar and wind, and nuclear. Unless you live in a country like the Philippines, Indonesia, or even Iceland, geothermal energy may seem foreign or evening confusing for local consumers. Though it is often discussed in terms of using hot water resources to generate electricity, home geothermal systems can be found even in places with little to no volcanic or seismic activity. So, what is geothermal energy and how does it work? Here’s what we think you should know about geothermal systems as an energy consumer.

What Is Geothermal Energy?

As its name suggests, geothermal energy is an energy source derived from the heat inside the Earth, which at its core burns as hot as the surface of the sun. Large-scale geothermal plants access power from deep inside the earth’s crust through wells that pump up geothermal energy for electricity, these baseload power plants generate much of the world’s geothermal energy – with 14,060 MW by January of 2018. That’s because much higher levels of heat are generated by groundwater heated by volcanic activity and extremely high-pressure conditions.

However, there any many different sources of geothermal energy. Throughout the year, the ground absorbs the above ground temperature, both hot and cold in what is known as a frost line. Below the frost line, however, is a well maintained and regulated temperature – roughly around 54 degrees Fahrenheit. This heat provides the basis for the most common form of home geothermal energy provided through a Geothermal Heat Pump (GHP.) 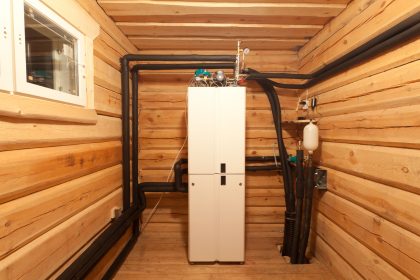 The most familiar form of geothermal energy for most people is the ambient heat stored in the ground itself, which is sufficient to heat a home in the wintertime if paired with the right exchange equipment. Cold air circulates through the exchange pipes, warming the air before it is pushed through a GHP and warmed some more before being dispersed into the house. During the summer, the same system is used in reverse with warm air being pumped in and cooled to the ground temperature, which during summer is below the outside air temperature. These systems are mostly used by homeowners, as they are extremely effective on a small scale.

Although less common, other forms of geothermal energy can be used to supply much larger amounts of power. Tapping sources of hot water buried beneath the Earth’s surface can provide heating for large populations, as well as produce enough energy to generate electricity on a large scale. When used to produce electricity, heated groundwater is allowed to convert into high-pressure steam, which then turns turbines.

More recently, scientists and researchers have been exploring volcanic energy to generate low-cost electricity by exploiting the heat created inside of volcanoes. In volcanic environments, water can become supercritical, a state in which it takes on unique fluid properties produced by extremely high pressure and temperature conditions. Supercritical water is an excellent source of energy, though the technology for exploiting it fully is still under development.

Advantages and Disadvantages of Geothermal Energy

With a constant supply of heat available from the Earth’s center, one of geothermal energy’s biggest advantages is that it is renewable, and relatively low-cost once the basic infrastructure for it has been built since geothermal energy sources incur no fuel costs. Even the small-scale heating and cooling systems that are common in home use are very energy efficient and can save their owners considerable amounts of money over the lifetime of the system.

With that said, geothermal energy does come with some disadvantages, particularly during the implementation of large-scale plants for power generation. This happens as geothermal power plants tap into large sources of hot water underground, which can produce greenhouse gas emissions as a byproduct as trapped sulfur dioxide rises to the surface.

The generation of electricity from geothermal sources is also highly dependent upon location since not all areas have hot water underground that can be used for this purpose. And while geothermal plants are cost-effective in the long run, they do have fairly high upfront construction costs along with the risk of causing instability to the surface where the plant is built.

How Consumers Benefit from Geothermal Energy

Consumers can benefit from geothermal systems in a number of ways. For residential consumers who are looking at home scale geothermal heating and cooling installations, these systems have a projected lifetime of 50 years or more, a period over which substantial returns can be seen in the form of savings on heating and cooling bills. These systems can also help homeowners reduce their personal carbon footprint.

On a larger scale, consumers who live in places where hot water resources are used to produce electricity are given access to sustainable, baseload sources of power. While consumers may see high power costs early on as a result of the expense involved in constructing geothermal plants, over time, the electricity produced by these plants more than pay for themselves. As we continue to find cleaner forms of energy around the globe and geothermal power becomes more widespread, it’s likely that more and more consumers will see it becoming a part of their local power grids.