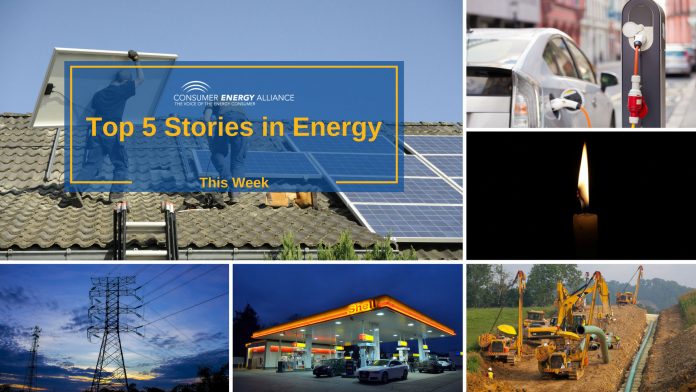 5New Iron Molecule Could Help Bring Down Cost of Solar

Researchers out of Lund University in Sweden have created a new iron molecule to help bring down the cost of solar energy. The iron molecule would replace the more expensive and rarer metals like ruthenium, osmium and iridium, that are typically used in production. As iron is present in 6% of the Earth’s crust, the metal is more common and thus easier to source than the rarer metals, making the metal less expensive as well. The iron molecules would work as a photocatalysts to produce fuel and in the solar cells to produce electricity by absorbing solar rays to use their energy.

In the last week of 2018, the U.S. LNG exports surpassed 5 billion cubic feet per day – a record high for the United States ­– and 60% increase since 2017. The three U.S. LNG export facilities are located in Sabine Pass (LA), Cove Point (MD), Corpus Christi (TX) with expansion looking to three other cities into 2019.

Bill Gates, co-founder of Microsoft, is setting his eye on the future of nuclear power and how the U.S. can be a leader in the field. As the Chairman of the Board for TerraPower, a nuclear innovation company, Gates says a project that was once slated to be built in China, may be able to be built in the United States. Currently the U.S. ranks as the world’s largest producer of nuclear power with nearly 100,000 megawatts with 98 operational reactors.

2US Department of Energy to Fund Blockchain Research Projects

In a recent announcement, the U.S. DOE noted federal funding of approximately $4.8 million for universities working on research and development projects related to blockchain. The initiative was launched to produce innovative technology including early-stage technologies that help bring more affordable domestic energy resources and improved electric grids. Some of the projects to use blockchain could include “secure process signal data and other information flows within distributed sensor networks for fossil-based power generation systems”, the department said. Other areas of R&D interest to DOE include: water reuse processes, measuring chemical elements in coal fly ash, and computing resources for coal plants to generate analytical results.

Duke Energy, just announced its completion of a 74.9-megawatt solar power plant in Jasper, FL – one step in the company’s commitment to install 700 MW of solar energy across the state through 2022. Duke has installed approximately 300,000 solar panels so far within their service territory of about 1.8 million customers. The Hamilton Solar Power Plant is expected to generate enough energy to power more than 20,000 homes. Duke has also unveiled plans for another plant to begin construction this year in Fort White – the Columbia Solar Power Plant – another 74.9-MW towards their goal.