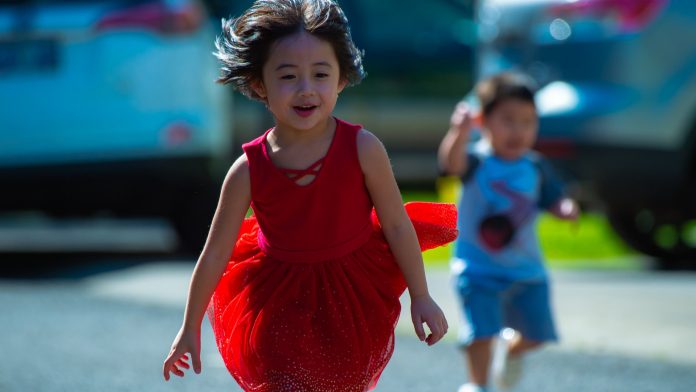 Childcare is one of the biggest expense of any American family, but for many New Mexican families, it represents an even bigger share of their income.

New Mexico is the second-poorest state in the U.S. when measured by the number of people living at or below the poverty line, according to the latest U.S. Census data. Nearly a fifth of the state’s people are there, and 27 percent of the New Mexican children’s families are in poverty – one in every four kids in the state.

So imagine how much harder it is to pay for child care for those families, who are all living paycheck-to-paycheck with less-than-stable employment. Even the opportunities they and others in New Mexico have are few, because the state has the third-highest unemployment rate in the country, according to Department of Labor statistics.

For people in poverty, New Mexico’s childcare costs reach a debilitating level. For a married couple with two children who live in poverty, the cost is more than half their income to take care of the children at home, and it leaps to nearly 65 percent if they engage a child-care center.

It’s not all that much better for average families, either. Childcare for an infant and a 4-year-old costs more than the average rent in 4 out of 5 metropolitan and rural areas of the state, or about a third of household income, according to the Economic Policy Institute.

So with a third for rent and a third for child care, that leaves a third for everything else including bills, phones, credit cards, Internet and utilities. That means many New Mexicans have to keep these other costs down just to make it through the month.

One cost that takes a bit every month is electricity, and New Mexicans pay more than the national average of 2.1 percent of their annual income for that.

So even though it’s a stable cost that is usually manageable, it’s important to be sure you’re thinking carefully about the energy you use and letting your state and local representatives know that affordable energy is something you want to keep.

That will help with one part of the daily cost squeeze we all live with to make ends meet.

Moreover, there is another silver lining for people in New Mexico. The state’s energy industry is adding to America’s energy surplus through oil and gas production, and creating jobs at the same time which can help lift people out of poverty and create a better standard of living across the state.

That’s real, tangible growth. New Mexico’s Department of Workplace Solutions said that in February alone, the mining industry that includes oil and gas added 2,300 jobs to the state. That is to say, nothing of the unprecedented budget surplus it contributed to the state this year.

The more people earn, the easier it is to raise a family and make sure everyone is getting the care they need.

That will help on one side of the child-care squeeze by creating better incomes for New Mexico’s people, especially with billions of dollars being invested and much of it coming back to the state in the form of a budget surplus.