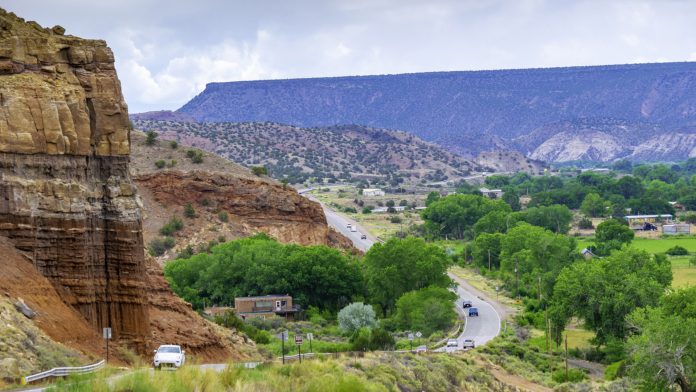 New Mexico’s citizens are blessed with wide-open stretches of beauty that appropriately gives the state its title of Land of Enchantment. From the rocky cliffs of the Sangre de Cristos, the rugged outcroppings across the central plains, to the shore of the Red Bluff Reservoir there are plenty of places to see, and even more road to cover in the nation’s fifth largest state.

However, what is an appealing aesthetic of the state, also translates to a higher transportation cost for many citizens – if they can get access to it. According to WalletHub, New Mexico’s citizens have some of the worst access to vehicles and maintenance in the country, ranking 45 out of 50 for that. Transportation safety ranks only a little higher at 43 out of 50.

Bureau of Labor statistics say a married couple with children pays between $12,000 and $14,000 a year for transportation, and while New Mexico is slightly cheaper than that national average, other factors eliminate that marginal bonus. For example, nearly half of all rural child care providers reported higher transportation costs, along with 17 percent of urban providers.

Never mind that New Mexico’s drivers lose $1.9 billion a year because of damage caused by poorly maintained roads, congestion in the cities, and crashes. If you took the entire population of New Mexico – about 2.1 million people – and split that figure evenly among them, it works out to a stunning $906 a year per person.

That’s more than the average cost of rent of $803, which itself accounts for a fifth of family budgets.

Of course, not everyone in New Mexico drives for a number of reasons, including poverty.

Transportation, though, gets cheaper when gasoline prices come down and New Mexico is fortunate to be enjoying an oil and natural gas boom that has helped make the U.S.A. the single biggest producer of crude oil. That’s keeping prices in New Mexico down compared to the national average and making life easier for Americans and the people of New Mexico.

If only the state’s plan to make all utilities go carbon-free by 2045 would do the same.

That not-so-distant political promise is going to create more costs for consumers, who will pay for the cost of utilities abandoning their coal-fired power plants to meet the mandate, but not ensuring a plan to replace the reliable power that will be forfeited.

If California’s experiment with less reliable sources of energy as part of similar mandate is anything to go by, some estimates forecast that power costs could double in New Mexico – just like they did in California.

That transition will keep natural gas – a cleaner-burning, homegrown fuel – from benefiting the people of New Mexico. It will be banned as a source of fuel despite having reduced carbon emissions by 12 percent over the last decade. Many countries like India have in fact adopted natural gas for taxis to help meet carbon reduction targets, and no one has seen their taxi bills go up.

It’s too early to say what the transition to different kinds of cars will do – but if electricity prices shoot up, electric cars will not look so appealing anymore.

Since New Mexico families already have a high cost-of-living burden because of transportation costs, lower real income and many other economic factors, elected leaders need to consider the needs of families first when they make promises for a cleaner future.

One part of the answer – natural gas – is right in New Mexico. You can tell your friends and elected officials that clean, reliable and cheaper choices can start at home.