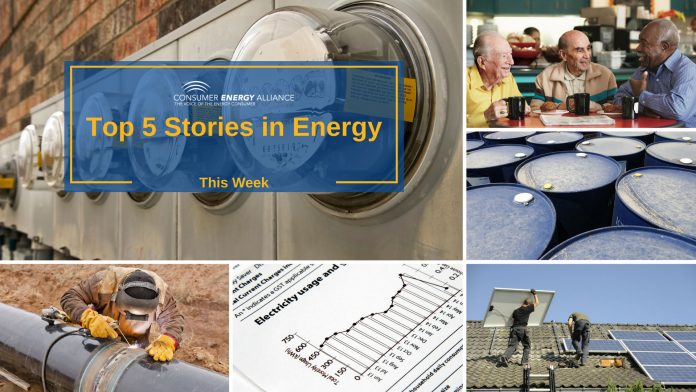 The Ohio Power Siting Board and Lake Erie Energy Development Corp. have reached a compromise as they decide to install high-tech collision detection equipment to detect wildlife impacts like bats and birds. The Icebreaker Wind Project is a 20.7-megawatt demonstration project with the potential of Lake Erie-based wind farms to generate 5-gigawatts of electricity.

Since February of 2016, the United States has been exporting liquified natural gas (LNG). Since then, American LNG exports have grown each year, growing 53% from 2017 to 2018. Distributing to thirty-five countries in South America, Asia, Africa and more, American LNG is in high demand. With its continued growth, the U.S. is set to be the world’s third-largest LNG exporter behind Australia and Qatar.

In America’s largest 57 cities, solar energy capacity has more than doubled in 45 of them over the past six years. Cities like New York City, Seattle and Dallas have quadrupled their solar power capacity in the same time! While Honolulu and Los Angeles rank among the top cities for installed solar capacity, Washington, D.C. leads the South Atlantic region and Burlington, Vermont in the Northeast.

As temperatures creep up across much of the country, you may be looking for ways to keep your household cool while keeping energy bills low. Looking at your air conditioner to make sure it has been serviced regularly, and if it has not then reaching out to a technician to make sure it is running as efficiently as possible. Additionally, ensuring your insulation is good is a way to keep cool air from escaping.

1The University of Illinois Set to Install New Geothermal System