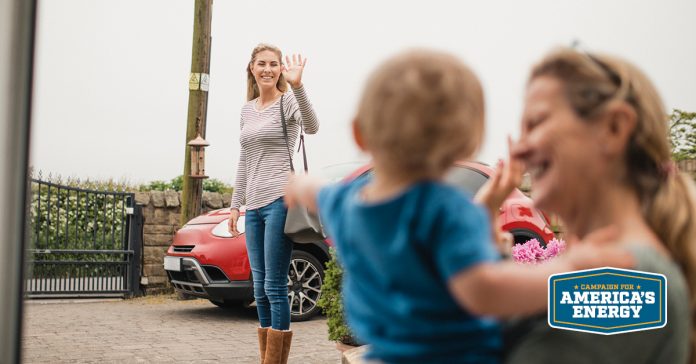 Most women experience a range of emotions when sending their children off to daycare or kindergarten for the first time. Some experience relief, while others suffer from an absence. Some are excited to go back to work; others are reluctant.

Women who return to the workforce often carry the title “working moms” because they miraculously handle nearly every task seamlessly at work, and home. For some working moms, part-time contract work from home is the perfect answer.

According to Decide Consulting, freelance work is surging in popularity, and they point to a survey by the Freelancers Union that tallies nearly 55 million Americans on board as contract employees – that’s around 35 percent of the total workforce. This number is expected to reach 40-50 percent by the year 2020. The term most associated with describing a part-time, project by project, the work-from-home gig is “freelancer.”

Aside from the additional, or re-found, income people get from freelancing; there are tax benefits and cost-of-business deductions that can also be a plus if you work from home.

For example, that empty spare bedroom can now be written off as a home office. Mobile phones, laptops, tablets, and printers that you might be purchasing anyway can also become legitimate deductible business expenses. TurboTax says if your office space takes up 20 percent of the house, you can deduct 20 percent of your bills for utilities, homeowners insurance, homeowners association fees, security, as well as general repairs and maintenance. Mortgage interest and property taxes are deductible expenses also on the table if you qualify for home office deductions.

Twenty percent is a significant saving.

Perhaps the most important question to ask: if being a working mom or freelancing is all in the name of saving – or making – a little money, where is that money going?

If most of your income is going to merely cover daycare, you might rethink if the time at work, away from your kids, is actually worth it. It’s a cost-benefit analysis of each family factors differently. There’s one thing for certain – there are no easy answers.

As you’re looking for ways to save money on your home office expenses, one area I wouldn’t count on big savings is on your energy bill. Unless you require a blistering 85-degree working environment at home, or a frigid 65, don’t be surprised if this category doesn’t change much.

That’s because Americans are experiencing significant energy savings already. That’s not to say household energy consumption audits are a bad idea, but overall, that’s not where most of your savings will be found if you work from home. Energy savings can be hard to notice because America has kicked its domestic energy production into high gear. Earlier this year, the U.S. Energy Information Administration (EIA) confirmed the United States emerged as the world’s top producer of natural gas and U.S. natural gas production surpassed that of Russia. Since 2009, U.S. oil and natural gas production have increased by nearly 60 percent.

Whether it’s federal and state income tax, or the tax that you pay for goods and services, according to QuickBooks the state in which you live can have a big impact on your tax burden and subsequently how much money you earn. So if you’re bound to the city where you reside, you could be making less than neighboring states and ultimately what you pocket at the end of the day.

Thanks to record energy production and safer, state-of-the-art technologies, which has significantly reduced the price of natural gas, residents in states like Colorado, New Mexico, Ohio, Pennsylvania and West Virginia are all saving billions of dollars according to the data we’ve collected from our recent reports. So if you’re a resident of one of these states, I guess that makes yours an even better place to live and be self-employed.