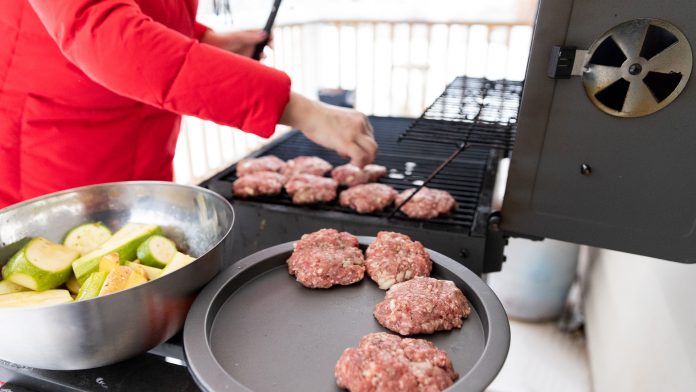 One of the great things about a barbecue is saving money (if done right.)  Typically, the host might buy and prep the main course ahead of time so they can operate the grill later. Others usually bring sides and drinks, and it’s relatively safe to assume everyone is going to have a good time.

There’s just something delightful about dinner off the grill. The charred smoke flavor and the ease of being able to stay at home. The level of joy is right up there with a beer at a ballgame or popcorn at the movies.

Speaking of which – or maybe it’s just me – but snack and food prices at destinations with walls, fences, or gates like a ballgame or the movies, sure seem to be outrageous. Maybe even more outrageous than in the past?

It’s been estimated that movie theaters make an 85% profit at the concessions stand on inflated-priced soda, candy, nachos, hot dogs and, of course, popcorn.

Well, it’s what economists call a captive market because unless you break the rules and sneak your food in, you’re subject to pay whatever the vendors charge since there are no other options unless you want to go hungry or without a snack.

It turns out, a fellow Michigander got fed up and sued a movie theatre back in 2012.  He was sick and tired of being taken advantage of – and who can blame him?

Frivolous lawsuits aside, most people would recognize going to the movies as a choice. For some, maybe even a luxury. One thing is for sure, it is possible to sit for 1.5 – 2 hours without needing a snack in between – you may not want to – but you can.

The reality is that captive markets come down to access.  End access, reduce options and prices will invariably go up. Create opportunities and allow people the ability to choose, and costs almost always go down. Competition is excellent for consumers because it keeps prices low.

For a moment, let’s switch gears and compare snacks at the movies to our access to energy. Currently, there is debate around a pipeline that transports energy through Michigan that’s referred to as Line 5.

Line 5 runs under the Straits of Mackinac and carries 23 million gallons of petroleum products each day between Michigan’s two peninsulas. Included in that volume is 55 percent of the propane used to heat homes in the state, with much of it going to the Upper Peninsula. The rest of the energy is refined into gasoline and diesel fuel, as well as petroleum derivatives used in agriculture and the manufacture of consumer products.

According to an article in the Detroit Press, roughly 25 percent of residents in Michigan’s Upper Peninsula rely on propane to heat their homes, and most of that propane comes from Line 5. If those fuels were transported by trucks, it would take an additional 2,150 tanker trucks a day on state roads to deliver the products. An October 2017 alternative analysis commissioned by the state found “there is no viable way” of moving Line 5 oil and gas on other pipelines, by rail or truck.

The governor has created a new task force focused on identifying alternative propane delivery options in the event Line 5 is shut down. It’s been dubbed Michigan’s propane plan. Why do we need to have a plan when we already have one?

And that brings us back to barbecues — a symbol of freedom, choice and community.  Chose what you want to bring to eat, the freedom to sit outside or in and enjoy the company.

However, it’s hard to have a barbecue without propane or natural gas.

Stop Line 5 and folks up in Upper Peninsula won’t want to heat their homes or barbecue any less, they’ll just become a captive market for their energy – mainly propane. And just like Joshua Mann, folks are going to get fed up, with lawsuits the most likely scenario for those that can afford to file them. For others, they might live at unhealthy temperatures or be forced to balance what they can, and can’t, afford.

Then what? There’s no need for a plan when we already have Line 5 and the tunnel project that will protect our Great Lake while still providing the fuel our communities need and want – without creating a captive market.

So, if you like barbecuing in Michigan – or using energy at home in general – then you ought to love Line 5.  There’s a good chance this Line 5 business might even come up during your next barbecue.  With that in mind, we encourage you to read up on the facts beforehand.