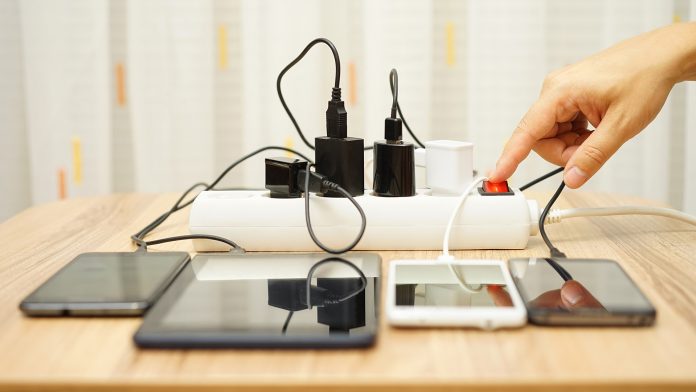 Consumers in the U.S. are heading towards a fascinating era in energy innovation.

Some predict that by 2030, a tenth of vehicles worldwide will be self-driving. While the range of their capabilities will vary, the result is exactly what you might be thinking – more driverless cars.

And certainly, one way to make our driverless roads safer would be to take other cars or trucks that haul people or goods, and move them off our already crowded roadways and put them into the air- via air taxis. And while flying drones could be delivering packages to your doorstep, a future Uber trip might take you up, up and away (literally).

But it’s not just transportation that’s paving the way to the future.

3D printers could make us nearly anything we want – even a delicious steak dinner – and do it just about anywhere we want. These printers can create incredibly critical, high-demand items, too. Doctors in Iowa have begun printing body parts, both limbs, and organs like a heart, to meet their growing surgical needs. As America’s population ages, this type of technology would be an absolute game-changer for the U.S., remote areas, and even third-world countries that lack adequate transportation, infrastructure, and medical resources.

While these exciting future possibilities could be limitless, they all require one key ingredient: power. And not just power – reliable power.

In February 2020, Statista, an online statistic portal powerhouse, set out to learn which devices matter the most to consumers. Topping the list both in the U.S. and abroad, were smart and mobile phones. Those findings seem consistent with Forrester Research who found 73 percent of respondents indicated their mobile phone is the electronic device they use the most.

That may not be too surprising, but couple that with a growing, lesser-known fact: multigenerational households are now on the rise once again. According to a survey conducted by John Burns Real Estate Consulting, as many as 41 percent of Americans buying a home today are considering accommodating an elderly parent or an adult child.

Behind mobile phones, Statista found home computers and laptops were the second most important device, especially in the U.S., and that statistic trends closely with the rise of people working from home remotely. According to Gallup, 43 percent of Americans work from home occasionally and there’s evidence that even more would if they could. A survey of 2,000 working professionals and 1,000 hiring managers by LinkedIn found that 82 percent of workers want to work from home at least one day per week, and 57 percent want to work from home at least three days per week.

That means competition for the power plug may be on the rise. Not only might you have to rank which devices to power first, but you may also have to determine whose power use is the most important.

And that’s why a balanced energy portfolio makes sense, not banning a critical power and energy source like natural gas. In a series of reports, the evidence is becoming clearer that natural gas is emerging as a key cost saver for families. Consumer Energy Alliance found that low-priced natural gas has saved North Carolinians almost $12 billion, Pennsylvania more than $30 billion, and Ohio nearly $40 billion – to name just a few. The natural gas energy savings phenomenon is happening across the country and it’s benefiting dozens of states.

One of the ways we threaten reliability is by imposing draconian measures on our communities that while well-intentioned, actually create an adverse effect on the businesses and families within our communities – and future innovation.  One trendy effort underway worth warning every energy consumer about are some local governments that are proposing bans on natural gas for new homes and businesses as a means to combat climate change. They’ve also suggested banning gas-powered leaf blowers and lawnmowers.

Sounds harmless, right? So what if everything going forward must be powered (or charged) by electricity? Especially if it’s in the name of a cleaner environment?

While likely well-intentioned, “A lot of times when people are managing the real basics, the idea of upgrading is seen as beyond the current needs,” said Diana Hernandez, a professor of sociomedical sciences at Columbia University who authored a paper in 2012 on how to develop energy efficiency programs for low-income people.

There are also several more key factors to consider.

One of the challenges with 100 percent electrification is that our power grid was never designed to be dominated by only one fuel source. And that’s because a diversified, all-of-the-above energy plan is most reliable, allowing the option to switch fuels as needed, or as prices change.

Natural gas is great for heating things up, like your home and appliances like stoves, ovens, and hot water heaters. Natural gas also helps provide power when solar and wind power aren’t generating energy. Even as we account for the new development of solar and wind, which are taking off in rural areas of our country, they still only contribute about 18 percent of our energy sources, with .oil, natural gas, coal and nuclear energy accounting for the rest of our power make up.

Because our current infrastructure isn’t ready to handle a single source power load without the proper money and time to build out and upgrade the existing grid, such a fast change would not come without disruptions like black and brownouts, or other inconveniences. This is something consumers need to consider as they vote for policymakers who are pushing aggressive energy bills through their state legislatures.

Though this has led some states, like New Mexico, to start investing in grid modernization, others don’t have the funding or have instituted onerous policies that didn’t take the grid into consideration. Forgetting to account for each piece of the supply chain is like playing chicken at the expense of our communities.

So what if you were told tomorrow that you had to pick which appliances or devices to power as energy reliability failed?

More power from more sources creates reliability. Let’s keep it that way by pushing forward with efforts that support balanced energy solutions and allow for the responsible development of all resources and the affordable energy they provide. Supporting an all-of-the-above approach and blending of multiple fuel sources is the answer to helping us through this exciting and ever-changing era.