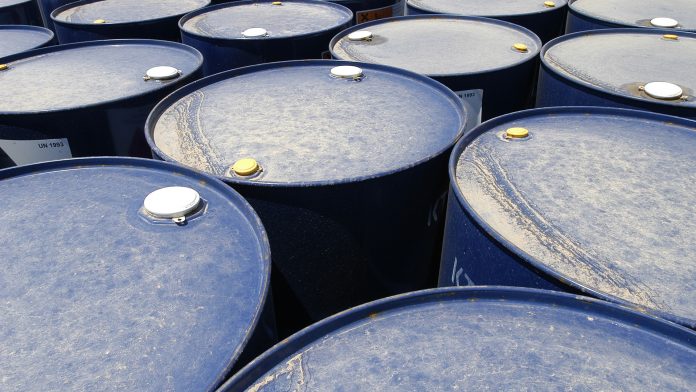 But the news about the SPR – which is significant to those who are in the energy industry – blew right past most people, who either don’t know what the SPR is or who share Sen. Schumer’s opinion.

Fast forward to now, when the U.S. Department of Energy announced that it would “immediately make 30 million barrels of the Strategic Petroleum Reserve’s oil storage capacity available to U.S. oil producers that are struggling with catastrophic financial losses due to the combined impacts of COVID-19 and the intentional disruption of world oil markets by foreign actors.”

The reserve is usually emptied to deal with a crisis, not filled. But that underscores the unprecedented nature of our current energy crisis. The world was already awash in oil supplies, but then the coronavirus pandemic clobbered transportation-driven oil demand and a Saudi Arabia-Russia oil price war added even more crude to the market.

So we have so much supply that there’s nowhere left to put it. Empty tankers have been filled, some pipelines have stopped moving and some people are looking for empty rail cars.

While ordinarily, most of us cheer for low prices at the gas pump, there’s an economic principle known as optimal pricing. Think of it like Goldilocks did her porridge – not too hot, not too cold, just right. Right now, the porridge is all but frozen.

We may have low pump prices, but few of us have places to go now and the overall impact of the lost work in the energy sector will spill out across the rest of the economy, further depressing things.

That makes the Strategic Petroleum Reserve suddenly useful in a novel way. But what is it in the first place, and why is so important, especially now as we battle COVID-19 and an economic crisis?

Saving for a Crisis

The SPR itself is a product of earlier crises. Over three decades, U.S. leaders stressed the need to create an emergency oil reserve for the nation, sparked by shortages and price spikes seen during World War II, the Korean War, the Suez Canal Crisis and most notably, the 1973-74 oil embargo.

That last crisis forced Americans to wait in line for gasoline, as prices surged and shortages wracked the economy because of America’s inability to import oil. The Organization of Petroleum Exporting Countries (OPEC), led by Arab nations in the cartel, imposed an oil embargo over U.S. support for Israel during the Yom Kippur War.

As the nation struggled with the fallout, President Gerald Ford on Dec. 22, 1975, signed into law the Energy Policy and Conservation Act authorizing a reserve of up to one billion barrels.

It took two more years for the government to find a location for the reserve and fill it with oil, which happened in 1977 when it bought underground salt caverns. The reserve is now spread across four sites in Texas and Louisiana, which were chosen because the presence of the salt caverns – which are inexpensive, effective ways to store oil – and the nearby, existing petrochemical infrastructure and ports to quickly move the oil to markets when needed.

That’s a crucial function of the SPR – it’s a big tap the President can turn on when he deems there is an energy emergency.

Initially, after its creation, the government stored around 412,000 barrels of oil in the SPR. Its current storage capacity is 713.5 million barrels, and as of March 27, it held 635 million barrels, making it the largest emergency oil supply in the world. In addition to protecting the United States from catastrophic impact in the event of a sudden supply shortage, the reserve is also a deterrent against future embargos and remains a source of influence in foreign policy.

Incidentally, the SPR is not just for Americans – it is also for our allies. The United States has an agreement with Israel that allows the latter to import oil from the SPR for up to five years in case of emergency. Our membership in the International Energy Agency also requires us to store at least 90 days of imports as well as participate in the sale of that oil in the event of “a severe energy supply disruption” or global energy imbalance.

The SPR—Rarely Used for Its Original Purpose

The Strategic Petroleum Reserve has been tapped only three times for its original strategic purpose in its more than 40 years of existence. Most recently, President Obama released 30 million barrels during the geopolitical turmoil in Libya in 2011.

Whatever the enduring merits of the SPR’s original purpose, it was drained by 58 million barrels in 2015 as part of a budget deal, and the current Administration likewise wants to use if for deficit reduction. President Donald Trump’s Administration had plans to sell off half the reserve to raise cash in its 2018 budget, but that didn’t come to pass.

Geopolitical unrest and political budget engineering are not the only things that can turn the spigots at the SPR. Natural disasters can do that too, as evidenced by Hurricane Harvey and the current global pandemic. To the extent that these disasters can disrupt domestic production and distribution, having a reserve to safeguard against these risks is handy. In fact, as documented by a CNN report, President Trump in 2017 released a half-million barrels of oil from the SPR to a Phillips 66 refinery as it struggled to recover from damage from Hurricane Harvey.

For sure, the United States and its allies are not yet immune to supply disruptions and price shocks that create angst among consumers at the pumps and also jeopardize national security.

Although nothing is guaranteed for struggling producers and consumers, there are precedents for presidents to use the SPR for a range of purposes. While normal upswings in gas prices are unlikely to trigger drastic action, it is doubtful that any sitting president would be overly resistant to intervening if a situation became too extreme or made voters too restless.

We only have to go back a month to understand why the SPR matters now. On March 8, when Americans were just starting to learn more about the novel coronavirus, roughly 550 cases had been reported here, sporting events and schools were just starting to close, and state and federal officials were struggling to make decisions on a path forward to protect their communities and the country.

On that same day, while Americans were focused on the virus and the stock market was starting to implode, OPEC member Saudi Arabia started a price war with Russia, prompting an unprecedented collapse in oil prices.

What that did was add another stressor to the oil price equation, by flooding the market with supplies when demand had already fallen off a cliff because of the huge slowdown in transportation – road and air – that the coronavirus crisis set off. Transportation is about two-thirds of global oil demand, and with any reduced demand, there is an outsized impact – just as we are seeing now.

So though Sen. Schumer scored easy political points saying that a $3 billion purchase of oil was a bailout for “Big Oil” – that couldn’t be further from the truth.

The SPR serves a crucial function of balancing supplies. And as taxpayers, few of us should have been upset that our government wanted to buy $3 billion worth of oil with prices at their lowest level in more than 20 years. Like the adage says, buy low, sell high.

But for right now, the Strategic Petroleum Reserve is serving Americans by absorbing excess capacity, while the global oil markets re-adjust. The creators of this rainy-day fund may not have imagined that use, but it’s a critical one at a critical time, and in the end, it really does help out American’s more than we know.