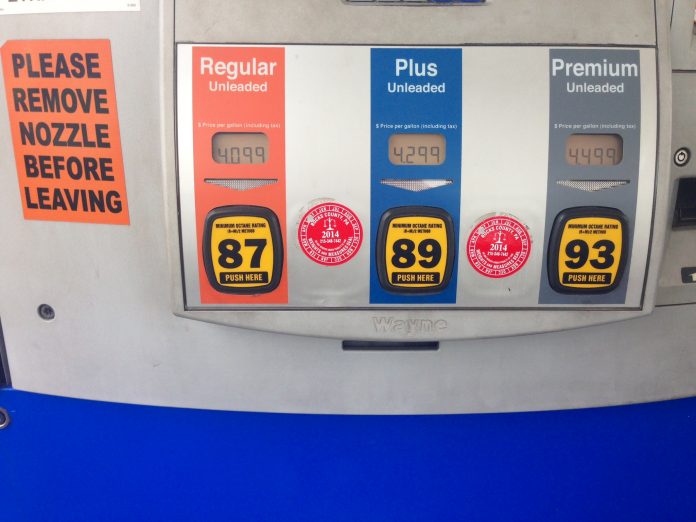 Memorial Day has historically been the kick-off to summer and one of the most popular weekends to fuel up for travel in the United States. Nearly 43 million traveled over the long weekend last year, and 42 million the year before that.

However, as many parts of the nation continue to follow stay-at-home orders and practice social distancing, this Memorial Day isn’t going to be the typical beginning of summer travel for Americans. In fact, this year AAA will not issue its annual Memorial Day travel forecast because of COVID-19’s impact on the underlying economic data used to create it.

As of May 18, 31 states have initiated statewide plans to reopen, with 10 implementing regional reopening plans. With restrictions lifted, people are starting to hit the roads to go back to work or visit family and friends. And for this Memorial Day, Americans may be traveling to the beach, mountains, or small backyard barbecues across town.

At the start of the workweek before Memorial Day weekend, the national gas price average was $1.87. The last time it was under $2/gallon going into the holiday was 17 years ago in 2003. With more travel happening, gasoline demand will increase – causing pump prices to go up as well. While higher gas prices aren’t usually something to celebrate, in these unprecedented times, we should all be thankful. Why?

Simply put, a healthy energy industry means more jobs and a strong economy. Typically, lower gasoline prices mean people have more money to spend on other things in their budget – like groceries, dining out at restaurants, vacations, clothing for their family and many other goods and services. All of this is great for business and the economy. That’s why affordable energy supplies will free up more cash for American consumers to spend as states reopen, which ties directly into jumpstarting the U.S. economy – which relies heavily on consumer spending for its health.

However, the shale revolution made the U.S. the world’s largest oil and gas producer; so when the energy industry busts, it affects many Americans – and roughly 8 percent of our GDP. Producers are forced to cut production and lay people off to stay in business. But it’s not just oil and gas producers that take a hit. All of the businesses that are connected to the energy industry suffer as well, from pipeline manufacturers to construction workers.

That’s why when record low prices hit, it means hundreds of thousands of lost jobs, as well as less investment in oil and gas production, so our ability to meet a rebound in demand will be compromised. And, we’ll end up with much higher prices when the pendulum swings the other direction.

It’s all part of the long supply chain that takes oil from the ground into our gas tanks. According to the Energy Information Association (EIA), it starts with producing or importing crude oil, refining the crude oil into gasoline; blending gasoline with ethanol at distribution terminals; and selling the gasoline at retail stations. And between each stage in the process, there are various storage and distribution logistics steps involved to move and store all of that.

So while we’ll all grumble when gasoline prices go up, remember that they are coming off a low level forced onto the market by a Saudi Arabia-Russia oil price war that intentionally slashed prices to a destructive level.

Gas prices are a little bit like the body temperature of the national economy. Too low, and things are frozen; too high and it’s got a fever that slows it down. Right at 98.6 degrees, and it’s all good and balanced.

Economists call that optimal pricing. For the rest of us, Goldilocks said it best about her porridge – it’s just right.

Where we may have problems is when the lag in production from wells leads to a shortage of crude oil to refine – then gasoline prices shoot up. That porridge is a little too hot – and affordable prices are key to a healthy economy.

That’s what we are starting to see with these slightly higher prices. They are still relatively lower and we’ll have more money to pour back into the economy as our restrictions on movement ease and the places where we can spend money re-open. That’s how we will all help revive the economy – just by getting back to some semblance of normal activity.

Memorial Day travel will certainly be down from previous years, but there is no doubt that people will take advantage of the long weekend to get out of their homes after months of being cooped up.

With millions of Americans once again on the roads, gas prices are expected to increase as we head into June – a much-needed boost to our economy and the energy industry.