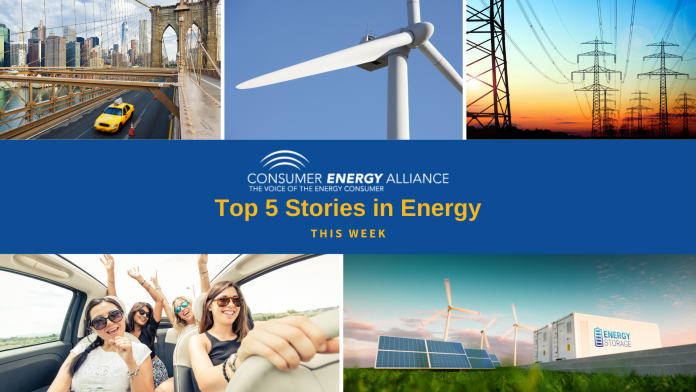 Earlier this week, new stories elaborated on how cases of COVID-19 in the U.S. gradually increased, but shockingly New York City had its first day without any confirmed deaths since March as Americans continued to push forward with reopening. Following the reopening trend, some of the largest Las Vegas casinos reopened, the NBA announced it is coming back and most movie theaters globally said they will open by mid-July. Adding to this positive news, stocks improved on Friday after America’s unemployment rate fell to 13.3% with the economy surprisingly adding job gains. While these are just a few of the headlines from this week, don’t forget to read our favorite energy stories that will help jumpstart your weekend! And if you missed them last week, you can check them out here.

5Consumers may see blackouts in parts of the U.S. as experts look at this summer peak season.

Generally, the summer peak period spans from Memorial Day to Labor Day, when power companies focus on ensuring power plants are able to operate 24/7. Some analysts are worried that the infrastructure may not be able to cope, and some parts of the country could see blackouts. Power Magazine reports on how power supplies may be strained as temperatures rise.

The global pandemic has shut down restaurants, factories, and businesses around the world, causing a significant drop in oil demand. As states reopen and ease lockdown restrictions, more people out on the roads driving will help the U.S. economy rebound. The Wall Street Journal explains why this energy trend matters.

Researchers have found that double-sided solar panels that tilt based on where the sun is could boost the amount of energy collected. In some cases, it could produce 35 percent more energy and reduce the average cost of electricity by 16 percent. New Scientist shares the technology behind this new analysis.

2What do diamonds and energy storage have in common? In the future, it could be more than you think.

Scientists continue to examine how to improve efficient energy storage for renewable energy technologies. While some researchers are focusing on batteries and elements in them, others are looking at the properties of nanostructures containing diamonds that could be used in mechanical energy storage devices, including batteries, wearables, robotics and electronics. OilPrice.com breaks down this future technology.

The inventor of the wind turbine is set to begin work on creating components for a new and innovative turbine – one that bobs in the ocean and could harness wind gusts in deep waters of the ocean. That means the next generation of wind turbines could float, but first, the technology will need to be affordable before it can be widely adopted. Bloomberg shows why this technology might be coming in the future.