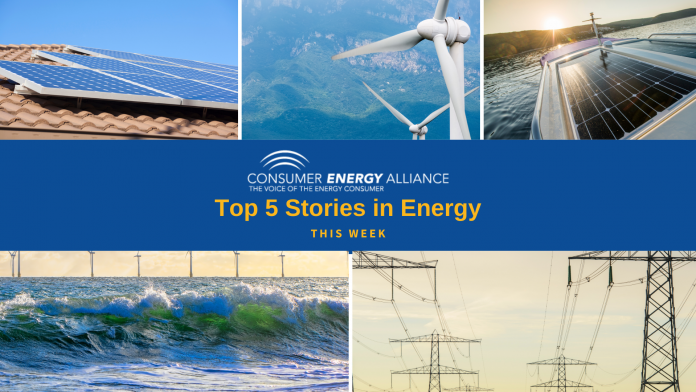 This week was all about politics with Joe Biden and Kamala Harris being sworn in as President and Vice President during the 59th U.S. Presidential Inauguration on Wednesday. President Biden didn’t waste any time in signing of a slew of executive orders only hours later, initiating the process of the U.S. rejoining the Paris Climate accord and revoking permits previously granted for the Keystone XL pipeline. And on Thursday, the new Administration halted the issuing of oil and gas leases on all federal lands and waters for 60 days.

As Biden stepped into his new role, oil markets rose for the second straight session upon expectations that the new administration will usher in more pandemic aid spending.

Meanwhile, outside of the U.S., Canada announced a major green hydrogen project by Hydro-Québec, which is expected to generate 11,100 metric tons of green hydrogen per year once constructed. We also read that China surpassed their previous record for renewable energy installations last year with an enormous addition of wind power, adding nearly 72 gigawatts of wind power in 2020.

Busy weeks bring busy news cycles, and this was certainly an interesting one! Check out our five favorite stories and stay current on all things energy.

Researchers are looking beyond rooftop solar for electricity these days. Nanowerk News explains how facades and house walls could offer opportunities for the generation of renewable energy.

Yacht builders are creating zero-emissions yachts that have solar as the main source of power – including for propulsion. Robb Report shares how the builders did this by creating an electrical system designed to only use solar energy.

Researchers found a new carbon fiber material could bring cost and performance benefits to the wind industry. Albuquerque Journal reports on how a switch to carbon fiber for wind blades could improve efficiency and save money by lasting longer.

The U.S. Department of Interior announced the first-ever lease this week for wave energy projects on the West Coast. E&E News updated readers on how one of the test centers would “solve one of the most critical challenges of ocean testing” by providing streamlined permits for companies.

Overloaded power grids may be getting relief from a megabattery boom. According to Bloomberg Businessweek, California, known for its brownouts and blackouts, could add more than 2 gigawatts of energy storage by summer.