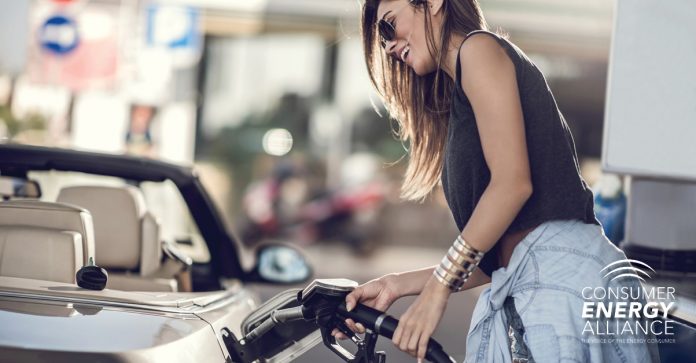 We constantly hear that the rich are getting richer and the poor are getting poorer. So how does wealth inequality make you feel?

For one thing, prices for basic items can make a big difference for those on the economic ladder’s lower rungs. For many things that we use daily, we call this a regressive tax. A regressive tax is a tax burden that affects people in lower-income brackets by taking a higher proportion of their income versus someone who makes more or is in a higher income bracket. Quickonomics describes this below.

A regressive tax is most apparent in consumer goods – like food and gasoline.

Take, for example – milk. Milk is one of the best natural sources of nutrients. The average cost for a gallon of 2% milk is about $3.60. The USDA says the average person drinks 18 gallons a year. For a family of four average milk drinkers, that is 72 gallons and about $260 every year.

One year the price of milk doubled. That may seem like a small expense, but the family scraping by with less money will feel the cost of milk at $520 annually, much more than someone wealthier. If you’re making $45,000 a year, that’s more than !% of your income on milk alone. Other food prices probably rose, too. That adds up quickly.

Wealth includes many values beyond income, including land ownership, homes, vehicles, and savings in different forms. Wealth allows people to make other decisions, like what stocks to buy, who to hire for their business, what kind of vacation to take, and what their retirement looks like. Income contributes to wealth and wealth creation.

For people who don’t have accumulated wealth, having access to opportunities is a way to not slide too far down the income scale. Currently, there is a solution for parts of rural Minnesota by building the Line 3 pipeline. The proposed upgraded Line 3 will be built across some of Minnesota’s poorest counties, where the $30-35 million in property taxes generated annually by the pipeline will make a huge difference.

The Line 3 upgrade will provide construction jobs in northern Minnesota for locals and Indigenous tribal members and be an overall economic boom to the northern part of the state that has been hit hard by COVID-19 restrictions. The project will generate 2,100 local construction jobs, 1,600 jobs in local supply and manufacturing, and 2,800 jobs in hospitality, another sector that has suffered tremendously during the pandemic.

Going back to wealth: There will be $167 million in payroll to local workers. Imagine what that means to those with low incomes and the limited number of job opportunities associated with lower-income areas of the state. Every time an anti-energy group (often from out-of-state) works to stop the pipeline in court, it prevents these opportunities across rural Minnesota.

The costs of gasoline, electricity, and propane are much more serious concerns in the pipeline counties than in the suburban areas surrounding the Twin Cities where the wealthiest Minnesotans live. When you have wealth, it is easier to pay more for progressive plans. When you don’t, it just feels like the walls are closing in. Therein lies the problem of income inequality.

For instance, residents of Scott County, just southwest of the Twin Cities, have a reported median income of more than $110,000, representative of other surrounding counties. Median income means half the people make more than $110,000, while the other half makes less. With a median income of that level, these suburban residents do not feel price increases as acutely as other people do. This is true for putting gas in the car, running household appliances with electricity, or energy home heating during the long, dark, cold Minnesota winter.

To put this in perspective, the national median income is $68,703. Half the wage earners in counties along the proposed route for the new Enbridge 3 pipeline make less than $46,000-$50,000. You can see why the pipeline matters, even for providing your family with subsistence goods like milk.

Don’t get us wrong. Wealth is a good thing. We wish more people had it. Those with wealth can choose to afford a more expensive lifestyle. Those with less income and less wealth have fewer choices. Residents of Wadena County are much less likely to be able to pay for home-installed solar panels costing $15,000-$20,000 or electric vehicles ranging from $50,000 to $225,000. Both products are more popular – and prevalent – among wealthier individuals in our communities. That doesn’t mean others don’t want them.

When the base cost of everything from milk and gasoline to electricity and propane rise, people making $46,000 a year carry a much heavier burden than those who can afford solar panels and EVs. More wealth allows people to make choices about discretionary items they can spend their money on without feeling pinched.

Who needs the supporting property taxes more, the wealthier school districts around the Twin Cities, or the residents of the pipeline counties?

The counties around the Twin Cities can afford good services. The counties along the proposed pipeline route just want to afford to fund enough police, fire protection and school systems. The $30-$35 million in property taxes paid to these areas by Enbridge will undoubtedly make a huge difference.

Let’s say you own your own clothes washer and dryer, while those with fewer resources have to go to the laundromat. The median cost of running a clothes dryer for an hour is about 50 cents. Suppose the average family does eight to 10 loads of laundry in a week, and it takes an hour to dry the clothes, at 50 cents each. In that case, the average family pays about $260 a year to dry their clothes.

Now let’s say the cost of electricity rises dramatically – as it will our energy sources evolve – let’s say it doubles. That makes the yearly cost of running the drier $520. If that sounds manageable to you, maybe you’re not getting the point. Those with low incomes, like $45,000-$50,000, or less, definitely feel that pinch.

The price hikes make for a more difficult life. And that’s just the cost of electricity for drying the laundry. When you add in the cost for total residential electricity use, you can see why it’s vital to have pipeline construction jobs and property taxes.

You just don’t feel all the expenses the same way once your wealth reaches a certain level. If you’re one of those people, be thankful, but also remember, some people feel the pain when they can’t afford to make the lifestyle changes you can.

If you have an income of $100,000, you can afford more home improvements to meet mandates and keep heating and cooling costs down. If you’re struggling economically, you can afford much less and will pay more for home heating energy.

Is your home drafty? Too hot or too cold? Maybe a new mandate will require you to maintain a steady temperature in your home. You’ll need insulation. And you guessed it, the cost of a roll of insulation is the same, whether your total household income is more than $100,000 or less than $46,000.

Now that the pipeline upgrade has final approval, legal objections are being used to stall construction. The new president has told us energy prices are going up in coming years, perhaps severely. Those with less wealth will get hurt the most. This is why opportunities like building the Line 3 replacement project are crucial to help counties along the line, like Wadena.

And it can certainly make a positive difference for those who feel the direct effects of wealth inequality.