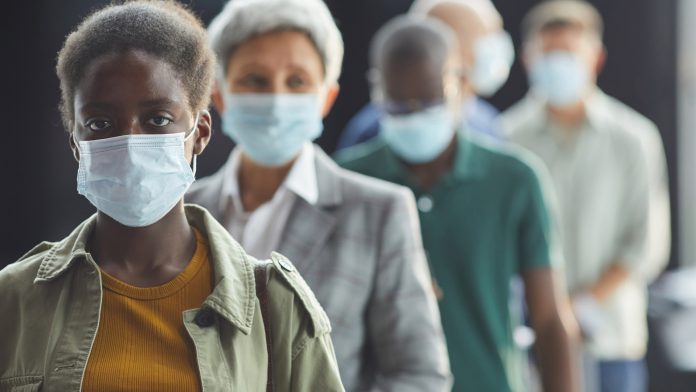 Even before COVID, when money’s tight, too many people were forced to choose between having electricity and home heating or filling up their cars with gas and buying food. When money’s tight, these are the terrible choices our friends and neighbors have to make.

Nevertheless, Governor Gretchen Whitmer and Attorney General Dana Nessel made a campaign promise to close Line 5 at the expense of Michigan’s working class. The worst part is that closing the pipeline now, while people are experiencing continued job losses and financial reckonings through COVID restrictions, is cruel. Energy insecurity is real and painful. It cannot be solved by grandiose promises of future energy – it has to be solved in the present.

As energy prices go up, quality of life goes down, especially for lower-income brackets. It’s an economic distribution effect called a regressive tax. According to reports, some Michiganders on fixed incomes could actually lose their homes because of utility costs.

Recent studies have also shown that 25 percent of U.S. households have a high energy burden, spending more than 6 percent of their income on energy – twice the average. If you consider that 25 percent of the population in Michigan is almost 2.5 million people, you quickly realize that is not a statistic. Those are real people, in real trouble. Higher earners don’t have to bear this same burden considering they only pay 2.3 percent of their income on energy. That’s why it is so important to remember that even policies you hope will protect people don’t always do as intended. And even if you can pay more, often, most people don’t. We all earn, spend and save differently.

In Detroit, the percentage of households with a high-energy burden is upwards of 30 percent. If Line 5 is closed, Michigan would see double-digit increases in oil and gas prices. But how much more can a fixed-income couple in Detroit pay for this without losing everything?

How Line 5 Helps our Farmers and Rural Communities

The oil in Line 5 is light crude, which is ultimately refined into several different products that supply energy for home heating and cooking, gas for driving, fuel for flying, and so many other essential things Michiganders use every day. Notably, it moves propane widely used in farming, which is a vital fact for every Michigan resident.

Why? Farming is more challenging than most of us understand. Yet, according to the Michigan Farm Bureau, the Michigan “food and agriculture industry contributes $101.2 billion annually to the state’s economy.” Along with manufacturing and tourism, agriculture is critical to Michigan’s economy. We’ve all experienced what happens when parts of the economy are affected, so why would we want to increase energy costs unnecessarily for farmers? Especially when many farmers already have two jobs, are subject to the fortunes of fickle weather that could put them out of business almost any year, and who are now dealing with the fallout from COVID-19?

The pipeline’s operator, Enbridge, is also the single largest taxpayer in the rural counties where Line 5 passes through. Many of these counties have passed resolutions in support of Line 5. Maybe you’re wondering why those taxes are so important to people in these communities?

Shutting down Line 5 translates directly to a loss of rural public services that are already challenged. For instance, the Detroit Free Press has noted that “If you live in one of 36 Michigan counties, no facility in your county delivers babies. That’s up from 25 counties in 2004.”

Not to mention that the Detroit Free Press reported that “By 2025, demographers project more than 40% of Michigan counties will have more than a quarter of their population older than 65. Almost all of those are rural counties.”

Let’s remember that the rural economy is often the farm economy. When we make things tougher on farmers, it’s harder for them to produce. We don’t need to be reminded of how much we all need to eat. Closing Line 5 will not change their need for energy for heating and fueling their appliances but also for planting, watering, harvesting, drying, and storing our food. Those costs eventually get passed on.

Everyone in Michigan benefits from affordable energy, even those fixated on shutting down Line 5. This is especially true of the 2.5 million people bearing the unfair energy burden.

Before rash decisions are made, it’s important to remember that THERE IS NO PLAN to replace the energy right now. Make no mistake, everyone in the energy industry is working on new ways to power our lives, but until then, we still need to turn on the lights now. Now is not the time to be putting anyone out; it’s time to support our neighbors in Michigan and start working together on solutions that help everyone. Updating Line 5 through a state-of-the-art tunnel will support our communities and help our economy and our environment.