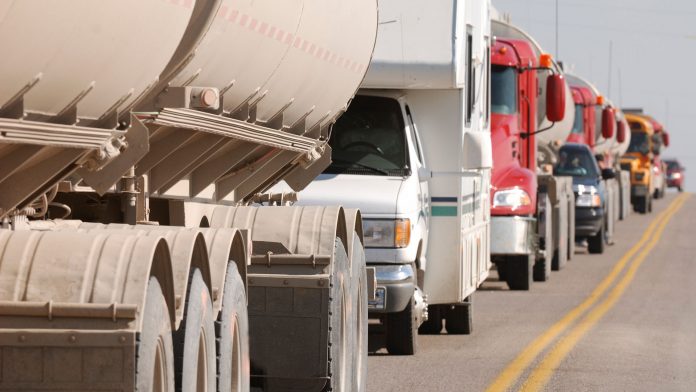 There is no plan to replace the energy lost when the Line 5 pipeline shuts down.

We repeat – there is NO plan. So who picks up the slack?

Like most significant decisions made by a government, shutting down the pipeline could very well have “unintended consequences,” as they say that we haven’t even considered. And, we know they haven’t since, again, there is no plan.

Not just that, but has anyone thought about what happens to our friends, neighbors, and extended family in Michigan who will be directly impacted when they close the pipeline? It might not be what you think.

Shutting down the pipeline doesn’t mean people won’t need the energy that once came from it; they still will. Except now, it will just be harder to get. That’s because turning off a pipeline is like turning off the water faucet – it won’t change that you’ll eventually get thirsty – it just changes where you’ll get your next drink of water from. And how much it will cost.

Besides the continuing demand for the energy that Line 5 provides, the pipeline has been a solution to energy and funding problems for 65 years. Here are ten things that will be negatively impacted (either by making things more expensive or creating a lack of funding for essential services) when Governor Whitmer shuts down the pipeline.

Will air travel still be affordable and convenient?

It is probably safe to assume that most of us are looking forward to the end of the pandemic lockdowns. We’ve all been pent-up in our homes, some relationships have taken a hit, some bank accounts are fading, and if we have children, we’re trying to balance our lives and take care of them too. After the pandemic is behind us, we’re all just hoping that the comforts we once had will reappear when this is all done. We want to experience them again, like flying.

Flying is one of life’s great joys. Travel allows us to climb above the clouds, to visit new and sometimes exotic places, to experience new cultures, and to take a break from the daily grind. Michigander’s love of flying can easily be seen through the number of flights in and out of Detroit every day that will need an alternate fuel source. That’s because the light crude oil that passes through Line 5 is currently refined into 2,376,000 gallons of jet fuel each day, which is a little more than half of what aircraft flying out of Detroit Metro use every day – roughly 88 flights.

So, when the pandemic is over, and you are looking to get away, you should plan on either far fewer flights to choose from or flights that are more expensive. We’re guessing that making flights unaffordable is not what you would have expected from shutting down a pipeline.

Suppose you live in the Lower Peninsula of Michigan. In that case, you may not need the energy from Line 5 to heat your home, but 65% of families and businesses in the Upper Peninsula do – with almost seven out of 10 households depending on propane for home heating. And even if you don’t use it for your home, 55% of the state depends on it for heating, cooking, engines in industrial settings, farms, and fleet vehicles, including public transportation and school buses. It’s vital to the state since Michigan is one of the top two propane users in the country – and more than half of the state’s propane comes from Line 5.

Most of that is for home heating, and bad things happen when more than half the available and affordable energy supply suddenly disappears. Again, the need for propane stays the same; even if it’s unavailable, prices skyrocket. What happens to people in the UP then? In addition to their day-to-day spending, many of these people have other obligations that they have to pay for with annual incomes of less than $40,000. Despite their incomes, everyone manages their money differently. Maybe this isn’t you, but put yourself in their shoes. Wouldn’t you want the support – especially during Michigan winters with no other alternative?

Decreasing emissions starts with taking traffic off the road, not putting it back on

Many energy activists think that by turning off a pipeline, the demand for energy will stop. We know that’s a pipe dream (pun intended). Like a river in a canyon, it will find the easiest way downstream, so will energy to market. Except, instead of in an encased pipeline underground, it will be put on 2000 more tanker trucks a day or likely 800 railcars to make up for the massive loss of supply from Line 5. If you or anyone you know has to drive in Michigan, how would you feel about making the roads much more dangerous or worse – adding more potholes to avoid? Closing Line 5 will do that.

First, using tanker trucks means there would be an additional 2,000 semis on the roads every day. No one enjoys commuting when there are so many cars and trucks on the road – you or the truckers. Second, like any form of transportation, trucks can have accidents. It’s bad enough when mattresses, pickles, or hogs are scattered across the road, but tanker trucks carrying crude oil can do more than spill. They can explode and burn in an accident, and people get hurt. Truckers also have other loads, but since they can haul large loads, truckers could take what is best for them, not what is needed by the community. That means the market will dictate what gets transported, which could be at the expense of consumers, farmers, and organizations that need to get their goods to market. Not to mention, Michigan is already short of people that carry CDL licenses required by trucking agencies.

But what about trains instead of trucks? There are nowhere near enough train cars to transport the energy needed to get to market. Additionally, there is insufficient infrastructure to transport all of this energy. We have a hard enough time keeping up roads, bridges, and utility lines, just to have to add more rail lines to replace a pipeline. Except remember, one runs underground and is specifically allocated to transport fuel. In contrast, the other runs above ground through our communities and could be more strategically allocated to carry other needed goods.

If these are solutions being considered by activists, how are these better than just utilizing the pipeline? Even with just these considerations, does closing Line 5 sound like a good idea to you?

Property taxes pay for a host of things like conservation efforts, the police, parks, public schools, sewage treatment, courts, jails, sometimes roads, and other essential services. Those things cost money to operate. Line 5 pays more than $66 million in property taxes annually to local governments in Michigan who allocate that money just for those things. Closing the pipeline means losing all of that funding.

So, besides heating for the UP, propane for the state, jet fuel for our airports, gas for our cars, and extra traffic on our roads – what options will there be for local governments when a chunk of funding suddenly vanishes?

Community colleges could slash courses offered or charge more. Park services may be slashed, which could mean less trash pick-up, playground maintenance, patrols; local schools might be forced to cut programming, positions, or supplies, making it harder for your children to learn and perform at grade level. What happens when all the good teachers quit and move to better-paying school districts that don’t depend on property taxes generated by Line 5?

When funding is erased, local governments have options not just to slash budgets.  They can rebalance the budget by increasing property taxes on homeowners to make up for the taxes lost.

Like the adage says, you can’t squeeze blood from a stone.   Meaning, you cannot get something from a person – especially money – that they don’t have. Especially in the midst of a pandemic.

Perhaps you have friends and relatives residing in counties that depend on property taxes from the pipeline. Would you be okay knowing you could make a difference by supporting the pipeline and didn’t?

This is just the top of the pile of things that will get tossed by the wayside when Line 5 gets shut down.

All of the products that travel through the line and the things they directly impact are listed here. Go through them to see what you can live without.

For sure, there are better ways to solve problems, most notably by having a plan.