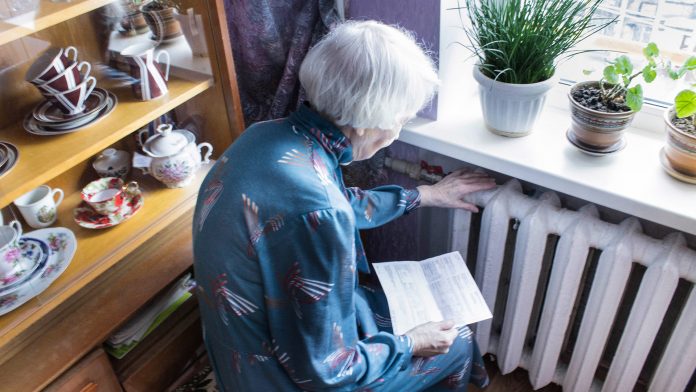 Line 5 supplies 65% of propane demand in Michigan’s Upper Peninsula, and 55% of Michigan’s statewide propane needs. Still, Governor Whitmer is looking to shut it down with no other feasible plan in place. A decision that ultimately falls on families, businesses, and communities to pay the consequences.

Unfortunately and surprisingly, we often take for granted the access and affordability of the energy in our lives. We flip a switch; the lights turn on. We turn up the heat on the thermostat when the temperature drops. Unless there is an unplanned disaster in the system, Michiganders are used to reliable home heating. This access we’re afforded, and the energy security we experience, would have been astonishing to people a mere 100 years ago.

So, it is no surprise that energy insecurity is a topic people don’t often discuss. It’s not that it is taboo in comparison to other issues; it’s just harder to understand it if you’ve never gone through it. Fortunately, many Americans haven’t had to experience this, but there are a lot of people who do.

Energy insecurity happens in situations just like the one being created right now in Michigan, where families and businesses have a dependable source of energy like propane, and then suddenly it’s in short supply. Abruptly causing price increases and decreasing access to the exact same energy they had before – and that’s if they can even get it – is what is just around the corner.

Imagine when it’s 20 below zero in Northern Michigan and the Upper Peninsula, and your household income is below $40,000. Availability and pricing are the issues.

So, what would an alternative to the pipeline look like? Imagine an additional 800 rail cars a day, loading at the Superior terminal and unloading at refineries in Sarnia and Toledo – around the clock, 365 days a year. That’s only theoretical because there is not enough rail capacity to even handle the capacity of Line 5.

Or, consider an additional 2,000 trucks departing Superior, every day, traveling through the UP, Milwaukee, and Chicago to reach the refineries. Further, imagine these trucks out on the road in January and February, when winter weather makes driving a rig riskier than ever and precisely when propane is needed most in the freezing parts of Michigan. Tanker trucks are also the most expensive and the most inefficient delivery method to deliver crude oil with a maximum load of 250 barrels per tank.

The Detroit News said the propane shortage “would require a flotilla of trucks to replace the 540,000 barrels-a-day capacity of Line 5, a logistical nightmare that would drive up costs and increase the likelihood of an oil spill on Michigan roads.” Again, that’s 24 hours a day, every day of the year.

Not so long ago, a bi-partisan group of people thought through all of this, they did risk analyses and ran through other options. Ultimately, they concluded that the pipeline is the safest and most environmentally friendly option. It’s also underground (and eventually in a tunnel) so that it won’t clog surface transportation routes.

At the end of the day, there are not enough capacity options to replace the supply of propane that comes from Line 5. And we repeat, there is no plan.

The Energy Information Agency (EIA) notes that Michigan uses more propane for home heating than any other state. Nationally, 5% of households heat with propane – which comes out roughly to over 16.4 million people. That’s only 3 million short of the entire state population of New York or half of California’s population. In Michigan 8% of the state uses propane – that’s almost 800,000 people. For context, that’s larger than the state populations of North Dakota, Alaska, Vermont, and Wyoming.

New infrastructure buildout for electricity and natural gas is unlikely to reach these people. Considering the climate of the Upper Peninsula and Northern Michigan, the requirements and costs to bury transmission lines are laughable. Just as many rural homes will never have city water and sewer service because of the cost, there is high cost and little return on the investment for new below-ground electric cables to remote areas like the UP. Besides, households are unlikely to show enthusiasm for spending enough to retrofit their homes, which can cost between $10,000, $26,000 depending on what has to be replaced, and that’s only if the infrastructure was created.

Propane has only been available to consumers for about 100 years, but it’s made all the difference for rural and remote families and households because it’s the most easily transported fuel when they don’t have access to other forms of energy. If a propane truck can reach you on a long dirt road in the wilderness, you can have modern appliances, the latest heating, and cooling systems, and you can keep your farm operating. Propane burns cleaner than other fuels and decreases a homeowner’s carbon footprint.

Refineries that make propane run 24/7 to keep up with demand. Due to the exceptionally cold winter of 2008, Michigan used 400 million gallons of propane that year. That’s a high-water mark, but in any given year, things could fall in place, and we could have a repeat of the weather patterns from 2008. Line 5 was in full swing in 2008. What happens in a winter like that after we stop the supply of 55% of the propane used in this market?

The best plan is to proceed with the Line 5 tunnel, 100 feet below the lakebed, in rock and encased in concrete. The current pipeline has not leaked in its entire 65-year history, and the proposed new line, with the most technologically advanced features, will be even better. Contrary to activist pronouncements, this fuel supply is necessary. If the worry is really about the pipeline’s safety, then these individuals should be clamoring to approve plans for the new Line 5 tunnel project. And, if it is about the environment, then Line 5 is still the best option if lowering emissions is the goal.

While establishing the U.P. Energy Task Force, the Governor said the residents of the Upper Peninsula “deserve an energy supply that is affordable, secure, and environmentally sound.” If that’s what Whitmer believes, then why is she still trying to shut down the pipeline? Why would anybody?