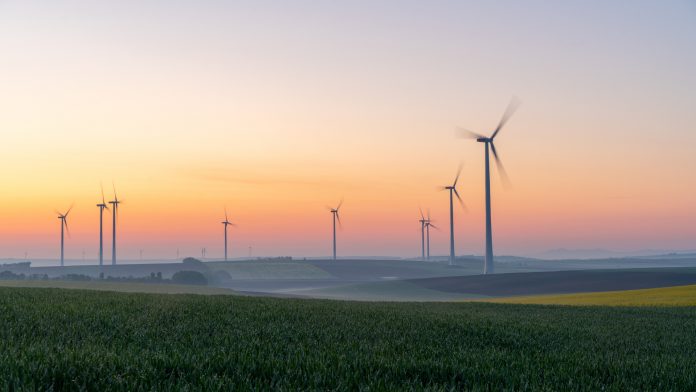 If it sounds too good to be true, it usually is. If buzzy speeches about 100% clean energy strike you as a worthy goal but you aren’t hearing any details about how it will happen, then it might be a good time to start exercising your democratic right to be a more informed voter.

What’s often not included in political posturing about our energy transition is that the move from traditional energy sources to wind and solar power still requires a lot of research, planning, technology, materials, time, investment, and buy-in from local communities.

Consider the migration from desktop computing to hand-held mobile computing. Depending on your age, that transition may have seemed instantaneous but for others, it happened over decades. Scientists, engineers, telecommunications experts, and many others were behind the scenes developing and testing new approaches to best old challenges. They’re still working on them today as they integrate 5G in cities across the nation.

The computer technology that awed the world for its role in sending a man to the moon is now considered extremely inferior when compared to the phones in our hands today. That advancement took place in just over 40 years.

This same type of timeline and iterations of improvements has happened with almost everything we know from food storage and agriculture to medical equipment and transportation. The list goes on.

Like these, it’s important that we take a similar approach to incorporate new types of energy. We know we’re going to advance and things will change, but we also have to be cognizant at the rate in which scientific progress – and commercial adoption of those advances – can actually occur.

While many examples of rapid adoption have come from other countries, it’s important to first consider the country’s size. The United States consists of 3.8 million square miles and is home to 328 million people; in Norway, often lauded as the gold standard of clean energy, 5.4 million residents share 148,728 square miles – about the size of Montana. That kind of comparison, frankly, shouldn’t even be a comparison for many reasons.

Notably, Norway sits atop volcanoes and is primed for geothermal energy. Also, the vast majority of its citizens live in three cities – and its largest, Oslo, has roughly 580,000 citizens.

Plans and policies that are short on specifics

In reality, speeches that gloss over or omit the facts about transitioning to 100% clean energy are not fair to consumers or those who really want to see meaningful change happen. Not long ago, states relied on renewable portfolio standards (RPS) to map out exactly how they planned to increase renewable power consumption. They set achievable goals and clarified how to reach them.

Today, in many places the RPS approach has fallen by the wayside, replaced by plans and acts that are long on political sound bites, but short on details about how to actually map out our transition to other forms of energy. Examples of these big, progressive plans include New York’s Climate Leadership and Community Protection Act and New Jersey’s Energy Master Plan, both of which have exit strategies and endnotes that conclude there aren’t resources yet available to achieve their targets.

Neither state has fully examined their plan’s financial implications through a cost-benefit analysis either, nor the potential impacts on underprivileged communities to create what’s been proposed. These types of analyses are standard for all major pieces of legislation or regulations that will have any budgetary impact to communities – yet are sorely missing substance in these instances.

One of the biggest problems with these plans is that their path to 100% clean energy is built on the foundation of political expediency for votes instead of a methodical approach that looks at the realities in front of us. The problem with making decisions for votes is that it is short-sighted and bad results can further erode our faith in our elected leaders. Forget gradual, incremental adaptation.

If you delve beneath the talking points, it’s clear we are falling short on efforts to be prepared.

Let’s start with infrastructure. Energy storage, for example, is really important. Solar energy is generated during the day, while wind energy is usually generated during the evening. Storage capacity is a critical component at times when it’s dark or cloudy or there isn’t sufficient wind.  Current storage technology is not capable of bringing to life the popular but woefully over-simplified scenarios. You can see this now in states across the west and southwest where consumers are being asked to reduce power despite all of the available energy being produced.

Even fame doesn’t negate the importance of details. Elon Musk’s quest to revolutionize batteries has taken time – much more time than the initially optimistic timetable he set forth. As a result, it has re-engaged politicos, scientists and technology developers who understand that these sources of energy depend not just on theoretical research but also on applied research like the sourcing and use of critical minerals. While we have them here in the U.S., we have made mining them very difficult, if not impossible. These minerals can be found elsewhere, but the incredible demand increase that these rapid energy transitions demand are ignoring some very critical environmental and geopolitical factors. Namely, that China controls 90 percent of the world’s rare earth minerals, a considerable chunk of the wider critical minerals category, and exercises near-monopoly pricing power that’s discouraged investment. And mining goes on in nations with less-than-environmentally sound mining practices, or human rights issues such as child labor, as is the case for critical minerals mining in the Democratic Republic of the Congo.

And, even if we were able to begin mining them today, we no longer have the infrastructure to process them. Once upon a time, we were the leading processor of rare earth minerals in the world, but elected officials allowed these American companies to be bought out by Chinese firms, shut down, dismantled and shipped to China where the machinery is then reassembled. A current attempt to revive American critical minerals capacity at the Mountain Pass mine that used to provide America’s supply now involves China. The sole vendor to process the minerals just happens to be a Chinese company, which holds a 10 percent stake in the Mountain Pass mine.

Despite the critical minerals needed to develop storage technology, storage itself is expensive. Add in the capital costs for the types of energy projects that need storage capacity and you’re talking about projects that can be hundreds of millions of dollars. And we’re not just short on battery storage, we’re severely under capacity with only 23 GWh of total utility-scale battery storage worldwide. For context, California, which has some of the most ambitious mandates in the country, theoretically, would need 80 GWh of installed battery storage to meet a 100% renewable grid mandate.

Speaking of money, cost allocations for infrastructure development, construction, materials, and more have to be considered, with consumers ultimately footing the bill.

Don’t forget about delays from the “Not In My Back Yard” (NIMBY) camp or the “Build Absolutely Nothing Anywhere Near Anything” (BANANA) people, who say “No” to every type of infrastructure project as reflexively as a moth flies towards a flame. Ironically, it’s not just oil, gas and pipelines that are being targeted, wind and solar energy projects are being targeted, too. That’s the problem with “No” and those black-and-white arguments too often made about energy: by definition, there is no middle ground or room for breakthrough compromises.

Instead of saying “No!” to everything, we need to ask ourselves, “How do we sustainably and responsibly meet the needs of our communities now and into the future?”

For example, not all homes are configured for complete electrification. As of 2018, the U.S. Census Bureau estimated that a whopping 80 percent of Americans live in urban areas, many of which rely on old, crumbling infrastructure developed in the era of washboards. Parts of the U.S. electric grid system date back to World War I, with much of the system still running on antiquated technology. Attempting to transition to wind and solar without first taking an unflinching look at the infrastructure makes as much sense as remodeling a home built in the 1800s without first looking at the foundation.

These are just a few things to think about.

Striking a balance, being pragmatic and empowering a clean energy future

As we move towards a clean energy future, let’s not lose sight of the value energy and pipeline companies provide our communities to ensure we have what we need to sustain our families and businesses. These companies invest millions of dollars to develop technology and other clean energy infrastructure our states need to transition. These traditional energy and infrastructure companies are investing in wind in places like Texas and Colorado as well as solar in Nevada and Arizona. They also own physical plants that can support biofuels and are developing what’s known as renewable natural gas, which in one form is generated from manure gathered on farms and preexisting landfills to help prevent methane from entering our atmosphere.

The oil, gas and midstream industries are also key players in helping some unusually expensive clean energy technologies reach maturity. The resources this industry can bring to the table to help reduce emissions by advancing current technology and developing technology for the future is immense. These companies are investing in startups and incubators to make it commercially feasible to implement new technologies like fusion, low-carbon hydrogen, biofuels, offshore wind, and carbon capture storage and utilization (CCUS). If you take a closer look at CCUS, the industry accounts for more than one-third of overall CCUS projects and is responsible for three-quarters of the CO2 currently captured in large-scale facilities.

The vast ecosystem of energy from traditional fuels, pipelines, wind, solar, and the electric grid are all important to support new, state-of-the-art technology so we can continue to expand and diversify the clean energy future that we want while still sustaining our economic growth in a responsible way.

Finally, let’s acknowledge that using traditional forms of energy today doesn’t mean we can’t keep working hard to increase the use of clean and renewable energy now and into the future. Despite all the arguments out there, we rely heavily on traditional fuels and anyone who is telling you that we can change this overnight is simply not telling the truth.

The notion that we can immediately drop traditional fuels and use only renewable energy instead is ridiculous. We are already in a transition to more clean and renewable energy, which is something most if not all of us want. But the details of how we do that matter, as well as when we implement certain steps in the long journey.

It’s like someone telling you to throw out your bed and sleep on the floor for the next decade because you’re going to get an awesome new bed in 2030. We’d all say “Wait a minute…” and demand some time to think through that absurd idea.

Throwing out what’s working on the promise of new technology is skipping a step. We need to build the bridge that takes us from technology ready to carry part of the burden, to a future system that can entirely meet our existing standards of reliability and affordability.

We use energy every day, just like our beds. We owe it to ourselves to ask good questions before we start throwing out things that work, without having something to fall back on just yet.