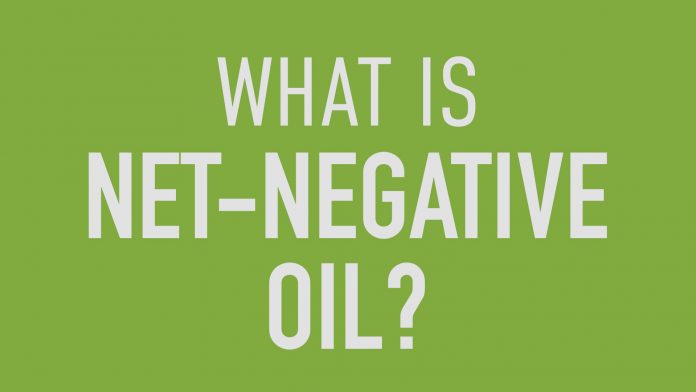 The top uses of crude oil lie in the following sectors:

The most used petroleum products that people consume are:

While people are doing more with less energy, its efficiency has led the charge. That doesn’t mean American’s aren’t demanding products that don’t require oil – they still do. That’s why our countries industrial complex continues to operate, churning out products the market demands.

However, new policies and mandates are being laid out to reduce consumption and work towards net zero. Much of this will require research and development into future innovations and new technologies. For oil and natural gas development, that means energy producers will need to incorporate more efficiencies, implement new techniques and maximize their processes.

In the near term, these steps are important because while American’s – and the world – continue to use oil, it’s important to note that there is no economically scalable replacement for a molecule of oil. 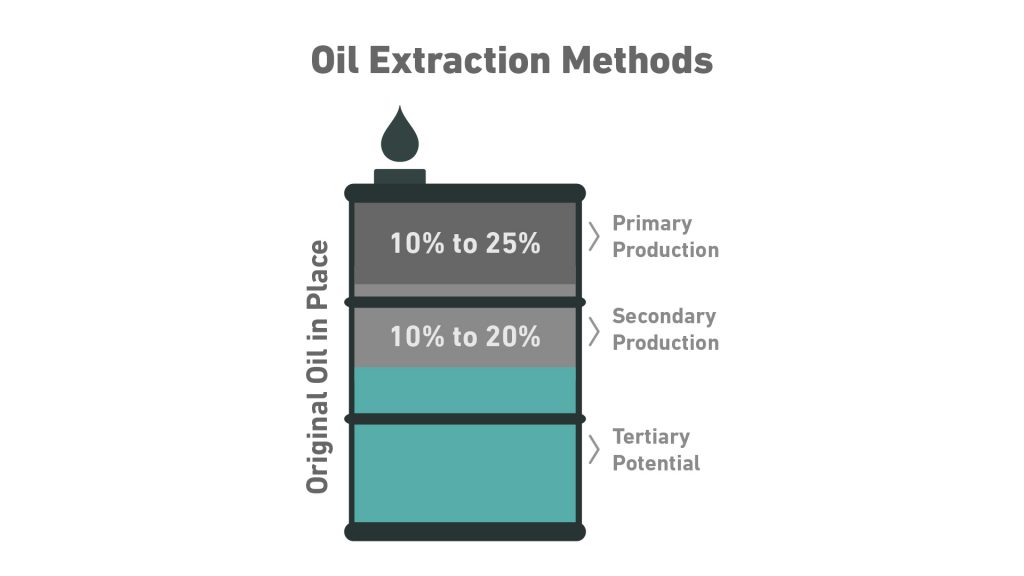 Originally, when oil was first discovered in 1859 through the early 1900s, producers simply drilled wells vertically to recover the oil. During this process, they were able to capture 10%-20% of oil in a reservoir. The is referred to as primary production. When primary production declines and producers can no longer do it economically, they use a technique called water flooding to produce an additional 10%-20% of the oil in the reservoir. This is called secondary production. These processes still leave behind as much as 60% of the original oil in place stranded in the reservoir.

However, drilling a well is really expensive, and leaving behind oil presents a real opportunity, but as we move into a cleaner, more efficient future, it is increasingly more important for these producers to focus on ways they can do more with less.

One of the ways oil producers can maximize their operations, achieve efficiency, and cut down on emissions is through Enhanced Oil Recovery or EOR. That is the process of extracting more oil from an existing well. Remember the 60% of the oil that is still left? By capturing carbon dioxide from industrial sources (refineries, concrete plants, mills, etc.) and injecting it into an existing well, companies can produce another 20% of the remaining oil left in place following the primary and secondary production. By capturing carbon dioxide that would have gone into the atmosphere and injecting it into the well instead, now companies are not only reducing their environmental footprint they are also utilizing existing infrastructure instead of drilling new wells.

Drilling for oil and extracting it from the ground is only a part of oil’s lifecycle within the supply chain. Every other part of the process is handled by a new sector with different responsibilities and different processes. While it takes more CO2 to produce a barrel of oil than the actual oil emits when it is burned, using captured industrial CO2 in combination with EOR, results in oil production that is net-carbon negative.

Building upon the foundation of EOR coupled with carbon capture to make oil production carbon net-negative is economically and technologically achievable today. The oil and gas sector not only has the largest responsibility to mitigate emissions, but also the largest opportunity – and that can start today.

People will continue to use oil and gas for the foreseeable future while new and innovative technology is discovered. Whether we’re building out renewable energy and developing biofuels and other fuel sources, we need to champion all these companies are doing to decrease emissions throughout the supply chain.

The biggest challenge is decarbonizing the transportation sector, not the residential sector. However, there are also challenges that come with the electrification process, especially as it pertains to our nation and our world’s supply of critical minerals – which are also finite resources. With roughly 1.4 billion cars on the road and a growing middle-class worldwide, a steady transition is more likely to occur.

That means following in the path of technological history and doing more, with less.