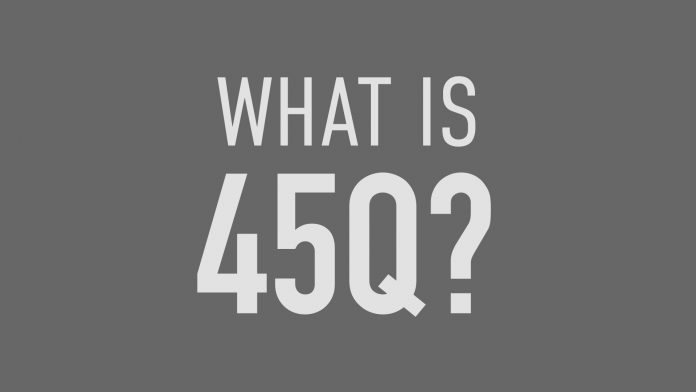 Policy. It is something our elected officials work on in Washington D.C. When the policies are meaningful enough or they affect people in ways we deem good or bad, the media often reports on them. Those policies are the rare few we hear about. More often than not, we don’t hear about the hundreds of policies created by Congress each year. One of those is the 45Q tax credit – a policy focused on reducing carbon emissions by building out carbon capture and sequestration technology.

The 45Q tax credit for carbon capture and sequestration is an important, effective, and fast-acting government policy that can help to attack the climate crisis on a massive scale.

It tackles issues of climate change by slowing its effects and it’s something that we can address today. As it stands, the 45Q tax credit is effective today, but it only scratches the surface of what is possible. If Congress would enhance and extend the incentive, the scale and pace of this technology would only increase our ability to reduce greenhouse gas emissions, create thousands of well-paying jobs, maximize how we’re currently developing U.S. resources, and using industrial facilities (considered some of the largest sources of emissions), and it would help keep U.S. energy prices low. The effects would be unprecedented.

What is the 45Q Tax Credit?

Section 45Q of the US tax code provides a performance-based tax credit for tax-paying businesses who physically or contractually ensure the capture and secure geological storage or use of carbon dioxide (CO2) that would otherwise be released to the atmosphere. As a performance-based tax credit, it means that the tax-paying business must prove and verify that it actually captured the CO2 and disposed of it, or used it in a way that will prevent it from ever being released into the atmosphere.

Once the CO2 is captured and sequestered, the government will then help reduce the high cost of the project in the form of tax credits. For carbon capture projects, the tax credit can be claimed when an eligible project has:

Why is the Section 45Q Carbon Capture Tax Credit important?

At its core, the 45Q tax credit provides incentives to develop carbon capture projects that help slow the pace of climate change. Climate change is driven by the accumulation of greenhouse gases (GHG’s) in the Earth’s atmosphere. CO2 is a major GHG and CCUS projects are designed to help drive down emissions of CO2 here and now, to help meet our goals under the Paris Climate Agreement. Reducing those emissions is a vital piece of the puzzle to create a lower-carbon future.

The 45Q helps accelerate the construction of facilities that capture, store and utilize carbon waste streams from current power plants and industrial facilities that use fossil fuels to generate electricity and produce many U.S. products including steel, cement, fertilizer, hydrogen, ethanol, and many other chemicals and materials that we use in everyday life. The more robust the 45Q tax credit is the more work we can do to enhance our ability to capture and store carbon.

Why Should the 45Q Carbon Capture Tax Credit be extended and enhanced?

Detailed analysis from Columbia University’s Center on Global Energy Policy shows in a report that the additional capital costs to retrofit a typical combined-cycle natural gas power plant and a coal power plant in the United States create a financing gap. Each project requires a certain amount of money to support things like research and development, operation, construction, future development, and more. If that project is short any amount of money, you have a gap. However, if projects have the ability to build in the incentive credit, project developers and investors know just how much money they need to raise to ensure a project can happen. Without that incentive, investments in CCUS technology might become unattractive to investors, thus limiting another piece of the puzzle that will help us meet our climate goals. Therefore, it is imperative to reduce investment risks and attract private capital to finance CCUS projects.

Whether you support energy development or you want to see new solutions for climate change, enhancing the 45Q tax credit is vital to future energy solutions.