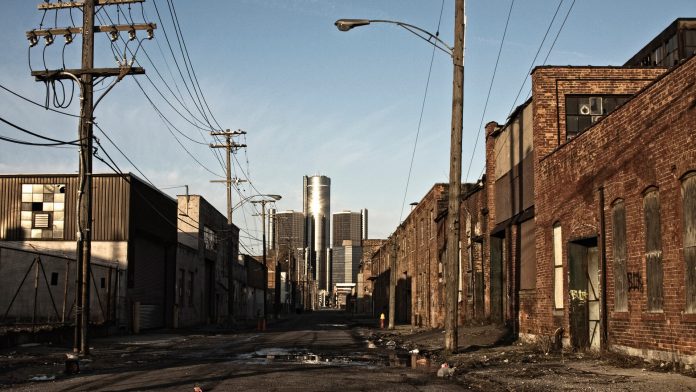 Did you know we have an energy justice czar? Shalanda Baker is the first-ever federal official advising and coordinating these policies as the new U.S. Department of Energy’s (DOE) Deputy Director for Energy Justice. It is Baker who is helping to manage this fast-emerging civil rights issue.

And that’s a challenge. The DOE defines energy justice, which connects to the terms environmental justice and climate justice, as “the grassroots energy agenda, supporting communities threatened by polluting energy and waste technologies.” But what does that mean? And how can it help consumers across the nation who are being impacted by rising energy prices, less-reliable energy, blackouts or brownouts, and who share our common desire for an improved environment?

As the magazine Experience, which relates stories at the intersection of technology and humanity, sees it “energy justice starts with the idea that injustice is baked into today’s fossil-fuel-driven energy system.” But that’s a disturbingly incomplete and inaccurate definition.

Even Ms. Baker – whose book “Revolutionary Power” offers a cover image showing fists raised in Black Power salutes, with one fist holding a wind turbine – indicates she finds that definition inadequate. Unlike some outspoken anti-energy activists, she believes energy justice is not about fighting the fossil fuel industry but rather about ensuring that the transition to renewable energy – mainly solar and wind power – treats people and communities fairly in energy decision-making.

As a Fulbright scholar in Mexico, she says she experienced energy injustice in Oaxaca, the country’s second-poorest state when the transformation to wind energy development came at the expense of the local population.

Those concerns about the current development of renewables are certainly a welcome aspect of energy justice. But it also undervalues the need for ever-greener traditional sources of energy, like oil and natural gas, and the role they play in ensuring those on the front lines of the energy justice discussion receive adequate, affordable, reliable, and equitable energy. It also does not weigh heavily enough on the role oil and gas must play in helping us diversify our energy mixture to enable the addition of more renewable power while maintaining reliability and affordability.

The Issue of Affordability

After all, isn’t affordable energy a civil right?  Shouldn’t a just society strive to ensure that we achieve a net-zero future and meet our energy needs? It is clear to all experts – including the U.S. Energy Information Administration – that oil and gas must be a large part of our energy future. Just look how lack of access is affecting Americans all across the country.

The inequality posed by fuel prices – a regressive tax – on those that reside in the various socioeconomic classes is only growing. We can see it best now as fuel prices are driving soaring inflation. Gas prices are $4.09 today. One year ago, it was $2.86. You only have to do basic math to understand that an additional $1.23 per gallon every time you fill up gets expensive, and so will the cost to heat your home. Add in that the average commute to work is 15 miles one way and the average person fills up a 12-15 gallon vehicle between 45-55 times a year. That’s just fuel. That’s not even the pass-on costs to food and products or even home heating and cooling.

That’s just costs, what about the violence?

Ms. Baker’s definition also disregards the countless people, including construction crews and other blue-collar workers, who are being tormented, threatened, and hurt by lawless rioters at pipeline construction sites, anti-energy activists bullying people at city council and community meetings, or attacks on rural farmers for leasing their land to renewable developers.

Isn’t it an injustice when 1,000 protesters damage a U.S. Army Corps of Engineers-approved pipeline upgrade project, sitting atop construction equipment, clashing with police, and prompting the evacuation of over 40 employees? Isn’t it an injustice when anti-wind farm protesters in 2019 blocked a road by cutting down a utility post where a Hawaiian wind farm was slated for construction, preventing wind turbines from being delivered?

What About Just Being Thoughtful?

A just society allows civil discourse and thoughtful industrial growth as part of its energy justice efforts and indeed, even as part of its fundamental respect for citizens and companies that act within the mutually agreed bounds of the law and common courtesy.

Shouldn’t energy justice apply as well when we make rash decisions to cancel or shut down a project for one community to another’s detriment? If we demand energy justice, how do we justify it by deciding which community matters more? This was the case for Murdo, South Dakota, whose 444 residents are facing ruin after working for more than a decade to prepare for the influx of people and business expected when the Keystone XL pipeline came.

Yet an Executive Order on day one of the Biden Presidency took that all away with a stroke of a pen. That has forced the residents of Murdo to look for work where the closest jobs are, 150 miles away. Shouldn’t this be part of our energy justice calculations?

Writer Brian Alexander said it best in The Atlantic when he stated that to erode small-town culture is to erode the culture of a nation.

We need to fully factor all the aspects of energy justice into our national dialogue. Certainly, energy injustice is prices that are too high for those who can’t afford it; it is no electricity on a 15-degree day; it is the lack of propane when it is the only way to warm your home; it is knowing that only the rich can afford solar power, and it is a union worker facing dangerously hostile protestors trying to trespass onto an energy project.

In a sense, energy justice comes down to ensuring that each of us has one less thing to worry about. Can our energy czar help us out?