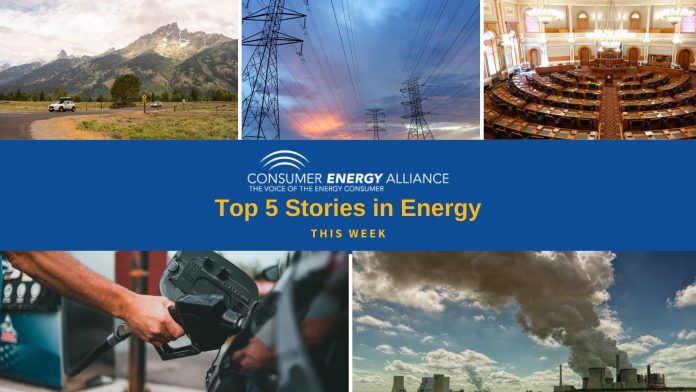 Reuters reported on the Biden Administration’s announcement that it will allow a reduction in the cost of developing renewable energy projects on federal lands to encourage clean energy solutions to address climate change.

The larger alliance within the Organization of the Petroleum Exporting Countries (OPEC+) agreed to increasing oil production by almost 50% in a move that garnered support from OPEC, the Biden Administration, and Russia, as reported by Bloomberg. There is significant skepticism that member countries will be able to make good on the promise, as oil prices increase for the sixth week.

The Biden Administration is considering several proposals from the U.S. Senate and House of Representatives that would levy a greater tax on energy producers as a means to finance a subsidy for consumers, as reported in The Energy Bulletin.

Check out more energy stories from this week below!

More than 2,000 oil and gas leases sold in Wyoming will be re-evaluated by the Biden Administration following several settlements approved by a federal judge, as reported by the Casper Star Tribune. If the Department of the Interior is unable to justify the leases or fails to provide justification that satisfies the court, the leases and any existing permits could be revoked.

4DoE Lab Reports That Nuclear Waste Can Power U.S. with Clean Energy For a Century

CNBC reported that scientists at the U.S. Department of Energy (DOE)’s Idaho National Laboratory have announced that existing technology used to turn nuclear waste into energy could provide clean energy for the entire country for the next century.

According to an exclusive in the Wall Street Journal, the EPA announced biofuel volume mandates (as part of the Renewable Fuel Standard, or RFS) for 2022 that are well below the number proposed by the EPA last December.

Over 25 members of the U.S. House of Representatives signed a letter insisting that the leaders of the House Energy and Water Appropriations Subcommittee earmark more funding in the upcoming budget for investment in the country’s energy transmission infrastructure, as reported by Daily Energy Insider.