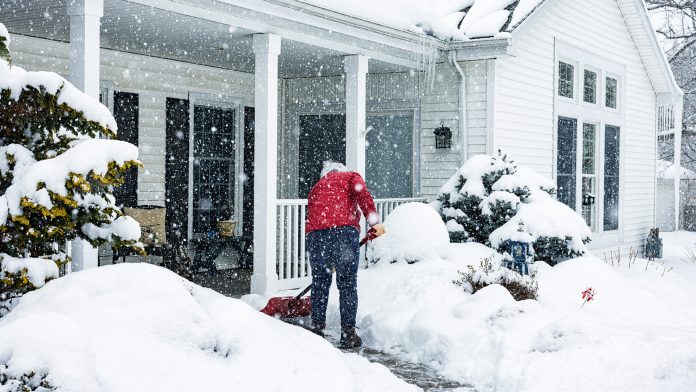 Bad policy decisions have led to skyrocketing energy prices, forcing consumers to spend at least $14.1 billion more on electricity and home heating costs this winter than a year ago.

With rampant inflation affecting everything from the price of groceries to the cost of housing, Americans need to be ready to set aside even more money this winter as they face another burden: at least $14.1 billion more in higher energy bills.

After a year where Americans suffered from the highest gasoline prices in seven years, oil surging past $90 a barrel in response to overly burdensome regulations and compounded by global conflict and the whims of another OPEC+ production cut, this additional cost is just the latest economic jolt to families and seniors who are watching the country sink further into recession.

Federal and state agencies have warned that utility bills will increase significantly for homeowners and renters who rely on electricity, natural gas, propane, and heating oil for warmth during the winter months ahead. In September, Congress had already appropriated an additional $1 billion in emergency funding for the Low Income Home Energy Assistance Plan before the Energy Information Administration’s (EIA) Winter Fuels Outlook was released on October 12.

The higher energy prices are largely due to a lack of supply caused by policy decisions that have discouraged investment in American energy development and increased the cost of producing and delivering the energy we all need. Now, American families and businesses once again are subject to the whims of foreign nations that do not require the same rigorous environmental standards we do.

By enacting a moratorium on oil and gas development on federal lands, canceling future federal lease sales, blocking pipelines, and restricting energy infrastructure development, the strategic advantage the United States enjoyed after becoming the world’s largest oil and natural gas producer two years ago is quickly fading – and we are seeing the impact on our wallets.

Our ability to boost domestic production greatly diminished the ability of OPEC+ nations to use energy as an economic weapon – as they have for four decades.

Those days are back again, thanks to bad policy decisions. OPEC+’s recent decision to slash oil production by two million barrels a day sent prices rising again toward $100 a barrel. The decision came despite more than a year of pleading and last-minute backchannel diplomacy by the Biden Administration, demonstrating the national security, political and economic risk hurting domestic production created.

Instead of looking to the American oil and gas industry for new oil and gas supply, the Administration has chosen to:

The question is, why are we asking OPEC+ for oil for an emergency we created, especially when we have our own energy right here at home? Energy that can be developed cleanly while we continue our march toward net-zero emission goals.

Now, we enter a winter, that the National Oceanic and Atmospheric Administration forecasts the U.S. will be slightly colder than last year because of more severe weather. The EIA, in its base case, estimates that energy prices will increase across the board:

What does this mean for American energy consumers? In real dollar terms, it means families across the country will spend $14.1 billion more on home energy costs in the next six months. Costs will vary widely by region, with some areas being harder hit based on their geography and weather.

Seniors will be disproportionally burdened at a time when 1 million fell into poverty over the last year. The higher prices will come as Americans’ savings are dwindling –  56% of Americans in 2022 cannot cover a $1,000 expense from their savings versus 39% in 2021.

The bulk of these price increases has been driven by bad energy policies that hurt supply in the name of the environment. However, good policies can support the environment and ensure we have an adequate, reliable energy supply that keeps prices low enough so families can afford to live. Elected leaders should look hard at energy policies and support those that make reliability and affordability a reality.

For a PDF copy of the report, click here.

Interested in how much more you’ll pay in your state? Hover over it on the map below.