A diverse energy portfolio ensures that millions of American families and businesses have access to affordable, reliable energy for generations to come. Nuclear energy is a crucial component of that diverse U.S. energy portfolio. Because nuclear power is cost competitive with other forms of electricity (with the exception where there is direct access to low-cost traditional energy sources), nuclear generated electricity helps to insulate Americans against fluctuating electricity prices. 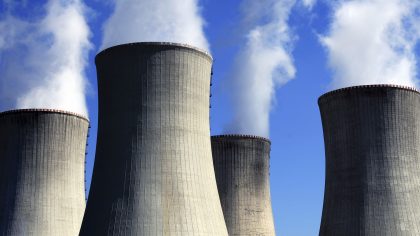 Nuclear power is a clean and safe energy source that accounts for nearly 20 percent of U.S. electricity generation. Currently, there are 92 operable commercial reactors at 54 power plants across the U.S.

Nuclear energy also plays a critical role in the nation’s diversification across energy sources. Nuclear energy is by far America’s largest (and only reliable baseline) source of clean energy, producing no carbon dioxide or air pollutants, and its waste is highly regulated and contained.

Over the past 50 years, nuclear has played a key role in reducing global carbon emissions by helping to decrease emissions from the electric power sector by over 60 gigatons. That amounts to nearly two years’ worth of global energy-related emissions. Nuclear-generated electricity also saves our atmosphere from more than 470 million metric tons of CO2 emissions every year – the equivalent of taking nearly 100 million passenger vehicles off the road. This emissions reduction would be even more dramatic if more nuclear facilities were built. 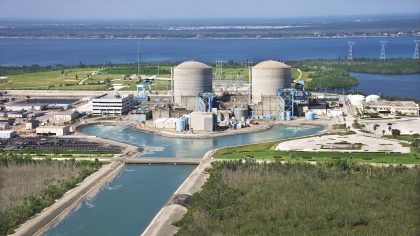 Additionally, nuclear is the only clean energy source currently capable of efficiently meeting the energy demands of millions of Americans. It would take two coal or three to four renewable plants (each of 1 gigawatt size) to generate the 2 gigawatts of electricity that a typical nuclear reactor produces.

The nuclear power energy industry also stimulates economic growth that can positively impact millions of Americans both directly and indirectly. Studies show that the nuclear industry supports nearly half a million jobs in the U.S. and contributes an estimated $60 billion to the national economy. At the state and local levels, each nuclear plant generates almost $16 million in tax revenue annually. These tax dollars benefit schools, roads, and other state and local infrastructure.