ENERGY DEVELOPMENT IN THE GULF OF MEXICO – WHAT’S AT STAKE?

A 2016 study from the Obama Administration highlighted that the country’s greenhouse gas emissions wouldn’t be greatly impacted by leasing in the Gulf of Mexico. In fact, those emissions may be higher without Gulf of Mexico development. Without this development, the U.S. will have a greater reliance on foreign oil meaning higher emissions and would slow America’s world-leading environmental progress.

Continuing development in existing areas of the Gulf ensures the energy we produce and consume energy is done so with the world’s strongest environmental and safety standards. Knocking the Gulf out of production would mean that countries with poor environmental records and lower standards are providing the energy American families and businesses need.

It’s important to note that even with all our energy production, America has still achieved the largest absolute decrease in carbon dioxide emissions of any country since 2000, according to the International Energy Agency. Last year, we had the largest absolute reduction, 140 megatons, while China accounted for most of Asia’s 320 megaton emissions increase. The U.S. is more than two-thirds of the way to its emissions reductions goals under the Paris Climate Accord 2025 targets.

America pays as much attention to safety as it does the environment since they go hand-in-hand. Regulators and industry alike in recent years have taken unprecedented steps to further increase safety and environmental protections, including the following actions:

I would rather us — with all the safeguards and standards that we have — be producing our oil and gas, rather than importing it, which is bad for our people, but is also potentially purchased from places that have much lower environmental standards than we do.

The Gulf of Mexico holds an estimated ~48 billion barrels of oil and ~142 trillion cubic feet of undiscovered oil and natural gas,[1] making it a huge source of reliable and affordable energy that powers our modern lives.

If used to generate electricity, the oil alone is enough to power all 128.5 million households in the U.S. for more than two years, based on Energy Information Administration data – and do lots more, too.

Traditional resources in the Gulf of Mexico don’t just help state and local economies, but benefit Americans across the country by funding conservation projects and National Parks.

It is critical to continue to keep these programs healthy by continuing leasing in existing areas of the Gulf of Mexico.

According to a recent study by National Ocean Industries Association (NOIA), production, employment, GDP and tax revenues from the Gulf of Mexico (GOM) Outer Continental Shelf include the following:

Conversely, this same study cautioned that a potential leasing ban would result in:

Continued and expanded access to all areas of the Gulf of Mexico will increase these economic gains for Gulf Coast residents and ensure that the Gulf Coast continues to supply American consumers across the country with reliable crude oil, petroleum, products and natural gas.

A leasing ban or failure to issue federal permits on public land and waters would force the U.S. to import the displaced oil from other mineral rich countries. It would also undermine our position as the world’s largest oil and gas producer, which insulates our economy from the price shocks that we suffered for decades when we relied on foreign nations for our energy needs.

American production means geopolitical turbulence or price manipulations don’t turn into higher prices at the pump and all across our economy. Currently, about 22% of US oil production and 12% of natural gas production takes place on federal lands, according to SP Global, with 60% of the country’s permits in one of the poorest states in the nation – New Mexico, which heavily relies on the revenue to meet state budget requirements. Federal waters based development accounts for roughly 15% of total oil production and roughly 3% of natural gas production.

Worse, it will harm our position as the world’s biggest reducer of emissions.

Asia is rising economically – and is thirsty for oil. The price pressures on oil and oil price shocks, due to Asia’s economic rise, mean that all steps made now to reduce oil dependence will protect us from pain and volatility later.

Limiting new development in the Central and Western Gulf hurts more than just families and businesses – they limit funding to national parks, coastal communities, and halt renewable energy development too!

Through these bans, your leaders are locking up energy resources and shutting down the opportunity for jobs in both wind and traditional energy. These offshore moratoriums will not help us meet the energy goals proposed in states across the nation and will hinder our ability to be energy independent.

Learn what is really at stake when you ban energy development.

Contact your elected officials if you want to see money to conserve our favorite outside places and meet our energy needs here at home!

Now is the time to speak up for developing our resources in the Gulf of Mexico.

Families and businesses across the United States, especially individuals on fixed and low income and small businesses, depend on affordable, reliable energy to make ends meet and support their families and employees. Furthermore, increasing opportunities to develop our own resources here at home will provide economic growth that will help our children and grandchildren.

A study shows that between 2020 and 2040, expanded development could support just under 292,000 jobs, over $31.3 billion in Gross Domestic Product per year, and $7 billion per year in projected government revenues. At the same time, by developing energy here in America under our stringent regulatory standards, we will continue to help safeguard our environment.

To meet America’s growing and long-term energy needs, it is vital to keep significant offshore opportunities in place and not play political games with our indispensable energy resources. 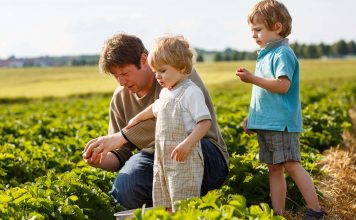 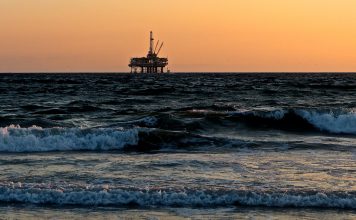 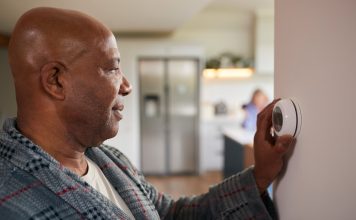