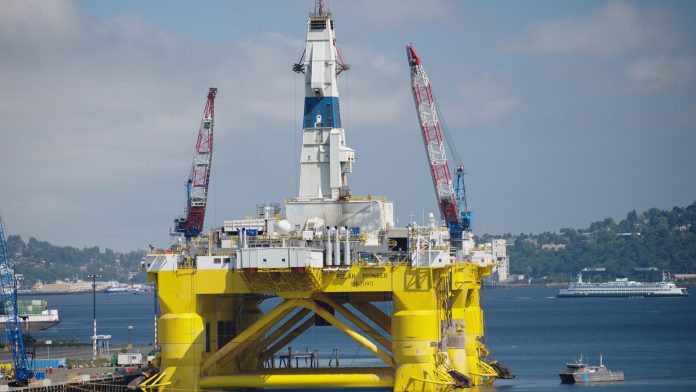 Thanks again for upholding the decision to allow a Shell subsidiary to dock their oil-drilling rigs and hosting vessels at your port, Consumer Energy Alliance (CEA) told the Port of Seattle Commission in a recently sent letter.

And for the sake of U.S. Arctic exploration and the future of economic ties between Alaska and Seattle, please don’t let anti-development activists change your mind.

“We thank the commissioners for their actions to maintain the current lease and ask that they continue on that path, despite the reckless attempts by activists and the Seattle city council to derail our state’s most critical industry,” Anne Seneca, president of Consumer Energy Alliance-Alaska, said.

The letter, sent on June 2, had the support of 13 organizations and 19 lawmakers in Alaska. It added that the economic health of Alaska is reliant on the development of the state’s vast array of energy resources. That’s because about 90 percent of the state’s revenue stems from the oil and gas industry, which constitutes about half of Alaska’s economy and about a third of state jobs.

“It should therefore be no surprise that Alaskans overwhelmingly support energy development, including offshore in the Chukchi and Beaufort seas,” the letter said. Arctic waters off the coast of Alaska have an estimated 23.6 billion barrels of oil, enough to provide every licensed driver in the West Coast states with nearly 14,000 gallons of gas.

And it’s not only Alaska and the West Coast that benefit from the development of Arctic resources, the letter says, adding that these resources also “help feed, clothe and house hundreds of millions of Americans all across the nation.” Recent polls in a number of states, including Iowa, New Hampshire, South Carolina, Georgia, and Louisiana, back this claim, as do polls in key primary states in next year’s presidential election.

“The response of elected and public officials at all levels, including state and local, will play a crucial role in determining whether Alaska, the Seattle region, and the nation at large are able to realize the benefits associated with our abundant energy resources and historically close ties between Alaska and the Puget Sound region,” the letter said.

These are the reasons why anti-development organizations and other opposition groups who have been working to derail the U.S.’s Arctic energy exploration program should vacate the Port of Seattle and stop filing frivolous lawsuits intended to delay Shell from drilling in the Arctic waters off the coast of Alaska as early as this summer.

“We don’t like our economy being held hostage by activists from another state,” Seneca, said, according to United Press International.

In fact, rescinding the current lease with Foss Maritime could threaten the future of the Port’s prosperity as well as the broader economy between the two states, the letter argued.

“Significantly, the situation at hand is about far more than just energy, with the Port of Seattle having played a critical role in closely linking the economies of Alaska and Washington State,” the letter said. “In that regard, many other economic powerhouse sectors in the Alaska region that depend on operational certainty and predictability in the Pacific Northwest, such as the tourism and seafood industries, are also closely monitoring the ongoing developments and wondering whether their activities at the port might be next on the target list if anti-development groups are successful in this instance.”