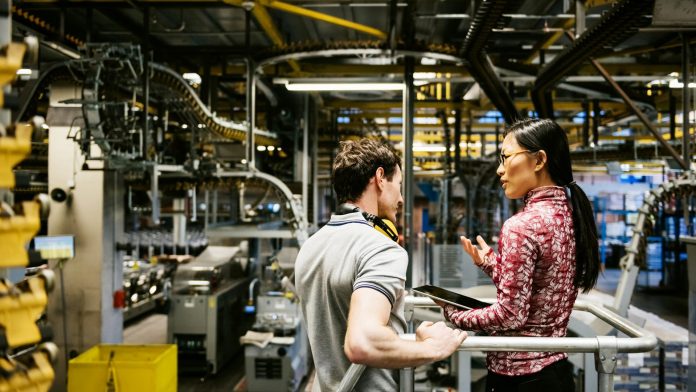 What’s the difference between crude oil and petroleum products? You might think they’re the same thing, but they’re not, they’re different!

For those who’d like to do an online search to seek out the difference – look no further than one of our favorite energy sources, the U.S. Energy Information Administration (EIA).

Here, the EIA describes the distinction this way:

In other words, one is a raw material found naturally in our geology and the other is a byproduct that is created or extracted as a result of the refining process.

Think of it like a forest vs. 2x4s you can find at a hardware store. While we can grow and harvest timber – in order to build a home, it helps if that wood is processed or cut into useful shapes, like a 2×4 board. These same 2x4s can also be used to build all kinds of important things besides homes.  They’re used to construct all sorts of things from schools and medical buildings to shops and furniture. 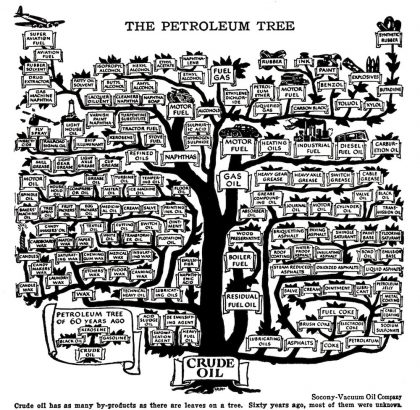 Like crude oil and timber, U.S. manufacturing operates in a similar way, using refined or finished products created from a boon in crude oil production for things that may sound boring and unfamiliar, but end up being the foundation for products used every day across all different types of industries.

That means after all the refined and finished petroleum products are made, they can be sent for further refining to develop petrochemicals – things like methane, polyethylene, polyurethane, and polypropylene. So what you’re thinking. Well these petrochemicals are then sent to manufacturers where they take methane and make rocket fuel (think Elon Musk and SpaceX), ethylene to make polyethylene popular plastic products (think Legos or the carpet in your living room), polyurethane to make foam (think of a baby’s car seat), polypropylene (think that jogging or workout top), or benzene to make cream (think sunscreen to avoid burns)  – these materials are the building blocks of U.S. manufacturing representing various industries and products.

For more than 200 years, since before the Industrial Revolution, the manufacturing industry has played one of the most significant roles in America’s growth and development. Manufacturers have developed products that help us live the lifestyles we afford, which is why it’s a common topic around jobs and growth, and certainly, a reoccurring theme amongst elected officials and policymakers when they discuss and debate the health of our nation’s economy,

And while 12 million Americans still work in the manufacturing industry, it’s not what it once was.  We’ve lost some of those jobs to other countries, and in some cases, we’ve traded those jobs for different, more popular sectors such as health care or information technology (IT.)

But thanks to a resurgence in American oil production, companies that previously sought cheap and easy-to-access energy for manufacturing are returning back home. The issue is rooted in simple economics: if the raw material – in this case, crude oil – is easier and cheaper to obtain here in America, then companies will make the products here, instead of sourcing them out.

Granted there are other factors in the manufacturing equation, such as the price and availability of labor to manufacture goods, but nailing down the energy portion is fundamental for growing manufacturing jobs in America again.