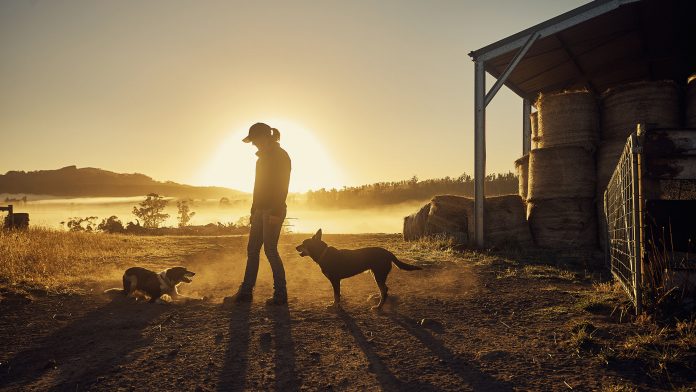 In 1930, 25% of the U.S. population lived on farms. Today, it is less than 2%. And 97-99% of U.S. farms and ranches are family owned and are producing 86% of the nation’s food.  In 2012, the average age of farmers and ranchers hit 58 years old and according to a National Young Farmers Coalition report, 63 percent of farmland will need a new farmer in the next 25 years as older farmers retire.

As the baby-boomer generation in America begins to retire, what will happen to family farming? Who will take over and how will they manage the lands?

Those questions sit right alongside America’s growing energy development.  America is now the number one producer of oil and natural gas and energy development continues to grow in rural and traditionally agriculture dominated areas, how will the two coexist?

To help us better understand this predicament, we turned to Michelle Smith of Country Fresh Farms who is passionate about sharing her experience in both industries: farming and energy development.  Ever since Michelle was diagnosed with, and survived, cancer in her early twenties, her and her husband have been committed to high-quality nutrition, making whole and organic food a top priority. They also have a grandson that was born with spina bifida and is confined to a wheelchair. For many years, he was unable to eat anything but soft foods, making the Smith’s goat’s milk of supreme importance to his health, development, and well-being.

Given the challenges facing farmers today, Michelle says “in order to build a farm business you must have outside income. Early on in my working years, I was employed by the oil and gas industry and for the last 26 years, I have worked for a family that owns significant minerals. But even when we were personally presented with an opportunity to lease some of our lands for energy production, I felt like I needed time to think about it. Despite my experience, the decision to lease our minerals to oil and gas producers wasn’t easy.”

Michelle is referring to being a mineral holder which means she owns the rights to oil, natural gas and other minerals like gold, silver, and copper, and she can draw income from the minerals they own. The United States is the only country in the world where individual landowners can own and financially benefit from the minerals beneath them.  Estimates vary, but there are likely one to three million mineral owners in America, some of which are certainly farmers or ranchers like Michelle and her husband.

“Like many farm-to-table businesses, if we can’t offset operating costs, then we’re out of business, Michelle says. “Organic operations are expensive and our mineral rights, along with the subsequent revenue from oil and gas, have made all the difference to our small operation.”

Michelle says her work in both sectors has allowed her to gain a holistic view of both the agriculture and energy industry, giving her confidence that organic farming and oil and gas development can co-exist.