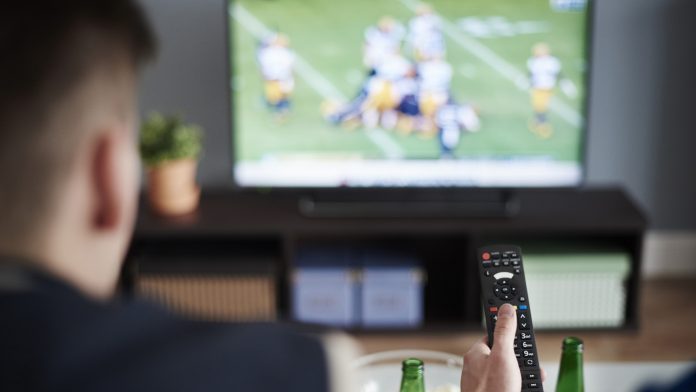 When most people think of energy consumption, they think of cars, homes, and office buildings. Those things do take a lot of energy, but they aren’t the whole story. Almost every human activity consumes energy, often in surprising ways, you might not have even thought of. One of those is likely at a football game. Football consumes a lot more energy than people think, especially some bigger college fields and professional games in gigantic stadiums. It may not be the biggest consumer of energy in the world, but football does consume quite a bit, and there are a lot of ways that it could be made much more efficient.

Football season is in full swing, and we hope your hometown sports team is doing great. We just hope ours is doing better. Let’s take a look at the biggest energy suckers in the industry.

Football stadiums are massive structures, and it takes an enormous amount of energy to power them. Some are much more efficient than others, but all of them have a big impact on the environment.

Most stadiums rely on powerful lights to illuminate the field during play. That consumes an immense amount of energy, especially in the bigger stadiums that need more lighting – not just for the field, but also the concourses with concessions, parking lots and the tunnels that connect the locker rooms, storage and staging areas that make up a huge underground city. A single stadium can consume several hundred thousand kilowatts of power in a year, and the lights make up a large part of that. Fortunately, many stadiums are cutting down on power use. Most are switching over to LED lights, which reduces the amount of energy they consume. Others are installing solar panels and other clean energy features. These help to reduce their expenses, which is why they are so popular.

Artificial grass doesn’t use energy, but it still uses a lot of energy to be made, transported and put into place. The manufacturing process itself consumes energy to power the machines that produce the grass. Shipping the grass also requires an investment to transport it from the manufacturer to the stadium. Some of it is even made in countries with relatively low wages and used in the first world, which means that the energy cost of transportation is significant.

The same is true of almost every item inside of the stadium. Football helmets, team uniforms, and even the furniture in the locker rooms all require an investment of energy to build and maintain. Some of them need more than others, but all of them contribute to the total energy consumption in the stadium and on the field.

Most people realize that driving, flying, and other forms of transportation all use a significant amount of energy and cost. With thousands of people showing up to tailgate and watch the game, that is a lot of people expending a lot of energy. That isn’t the only way that transportation ties in with football. The players themselves also use a lot of energy when traveling to and from each game, and they travel much more than the average person does during a normal season.

In fact, football players travel thousands of miles each season so they can play at all of their games. That travel adds up fast with so many teams, adding another significant energy cost to playing football. 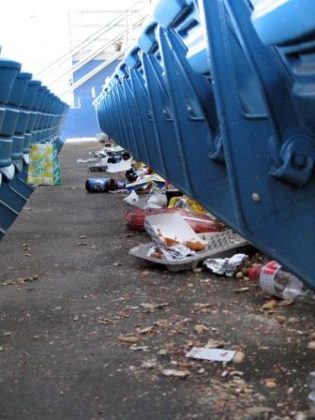 After the game, when all of the people have gone home, a football stadium can be a very messy place with guests leaving behind snack wrappers, cup, cans, bottles and other celebratory debris behind after they leave. It all has to be cleaned up, loaded up and transported out to a landfill or recycling center. In addition to the environmental costs of building those landfills in the first place, it takes energy to haul the trash to its new home. Recycling sometimes consumes less energy and helps the environment in other ways, but it still requires power to process.

Watching the game at home does cut down on energy use, but it doesn’t eliminate it. Millions of people watch NFL games each week, and that means millions of televisions are drawing power from the grid. Each TV only takes a little power, but it adds up fast when that many people are watching. Those who want to cut down on their energy use should look for smaller screens or opt for high efficiency LED models.

It takes all kinds of energy to power our lives and all of the fun things we like to do. That doesn’t mean we have to stop doing what we love or using energy, it just means we should be more aware of what we use and how we use it. Each time we consider our environmental footprint, we can make better decisions about our energy use and how we look at it when we make choices about energy types and sources.