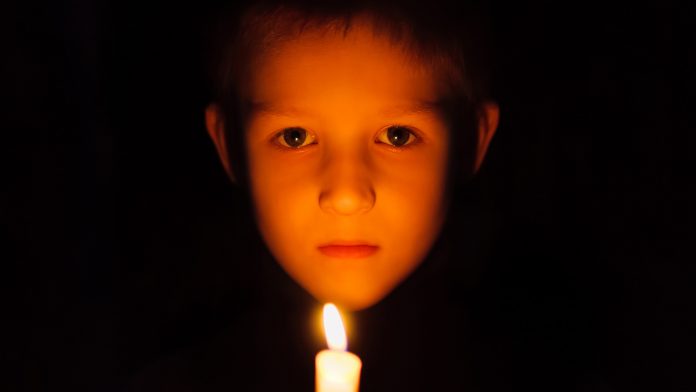 I recently joined Consumer Energy Alliance after several years of working for a business trade group. When I started, I felt like I knew enough about energy to dive right into my new role comfortably. Let me tell you this, six months later: the gap between what I thought I knew about energy versus what I’ve learned getting into the weeds of energy policy and energy choice is enormous.

In fact, I laugh sometimes when I think about what I thought I knew at the start.

As I said, I come from the world of business policy, so while I wasn’t very familiar with energy policy, I certainly understood the significant impact that government can have on business.

The single biggest takeaway from my time at CEA – and it’s one of those things that seems so inherently simple that we barely give it a second thought – is reliability.

We talk about energy and never reliability because we’ve never really had to. As Americans, we’re lucky if you consider people in less fortunate parts of the world where power is not taken for granted because it’s not always there.

When I wake up in the morning, I flip on the light to my bathroom to get ready for the day. My coffee maker powers on with the push of the button and the motion sensor lighting in my office welcomes me to a day of work. By the time I get home, my lights are already on thanks to an app for my smart home device and with a touch of my phone screen, my favorite food arrives via Uber Eats. Reliability is a given. It’s everywhere. I don’t have to think about it.

But after reading about the blackouts in California and New York, and listening to my friends talk about how the electric company was at fault, I realize that headlines don’t always do right by their readers.

I needed to do my own research because, at CEA, we deal in facts and pride ourselves on expert understanding of the issues we work on every day.

It turns out there were many contributing factors to the blackouts. From an energy standpoint, the blackouts were mostly due to a grid system that desperately needed an upgrade, but for which there was no money.

Why? Administrations in both states have such extreme regulatory environments that any needed modernization or permitting for new infrastructure is severely restricted. And not only that, California, in particular, has had decades of bad energy policies, starting with the Enron-related blackouts in the early 2000s right up through the existing crisis.

It’s understandable how the average person will be quick to blame the power companies since very few people relish paying their electricity bills – even if they love the conveniences that money buys.

But more than that, the regulations under which utilities operate limit what they can and can’t do. So if the government refuses needed upgrades for political reasons, who bears the blame?

Electrical systems are like any machinery, including our cars. They require regular maintenance.

If you had a friend with an old car who never changed the oil, tires or brake pads, would you want to take a ride with him or her? Probably not! Just ask Californians if they want to have anything to do with their old electrical infrastructure. The sales of generators in the state have surged, so we have our answer.

Like my CEA colleagues, I think it is critical that we continue to diversify our energy resources and increase the use of renewables. In fact, learning about solar and wind power has been a favorite part of my journey here. Wind and solar have a large role to play in meeting our future energy goals, alongside the continued use of oil and natural gas. These energy resources are vital, too, helping ensure power companies can meet demand when it’s needed the most. All-of-the-above isn’t just a buzzword; it’s an effective strategy to meet the needs of families and businesses across the country. That’s because no two states are alike in how they get their energy.

While we don’t have to worry about reliability – for now – lots of other countries are not as lucky. South Africa is a study in contrasts precisely because it can’t keep the lights on regularly even though it’s the second-largest economy on the African continent, one of the world’s top 10 emerging economies and home to cosmopolitan cities like Johannesburg, Cape Town, and Durban. Yet its state-run electrical system operates at half-capacity because of a poorly maintained grid, years of erratic policies, and outright mismanagement. So the government has to resort to rolling blackouts, a process known as load-shedding. In other words, South African energy consumers have to live with multi-hour blackouts several times a day to ensure that the entire system doesn’t fail.

It’s so prevalent in South Africa; all you have to do is type load shedding and just look at what comes up. 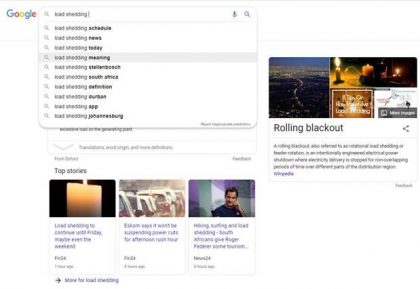 The state utility tries to keep the rolling blackouts on a schedule – but there’s definitely no guarantee. Imagine if you or a loved one were in the hospital with a life-threatening operation, and one of the unscheduled blackouts hit? Yes, hospitals have generators for a reason, but milliseconds matter when you’re in the middle of surgery. Even if it’s not surgery, just think of your frustration the last time the lights went out unexpectedly.

The point is it doesn’t matter what kind of diverse energy sources we’d like to add to our grid if we don’t make an effort to update and balance our current system to make sure the lights are on all the time. By themselves, renewables don’t have that power, to coin a phrase. Other power sources like natural gas do have the power to keep the lights on any time of day or night, so they are a key part of reliability.

So all these calls from some self-interested groups to go cold turkey on traditional energy sources are missing the point that going cold turkey rarely works for anything, and especially for something as invisibly important as reliability.

Like most people, I love the modern conveniences we have and the fact that I have access to all of it 24/7/365 is just the cherry on top. We’ve all grown up with these comforts, but have we ever considered what life would be like if they weren’t available? I certainly don’t want to see a world where our access to electricity – a key measure of any nation’s development and a huge problem to be solved in countries that don’t have it – is on par with South Africa’s.

Let me put it in a different perspective from another part of my professional life. When I worked as a flight attendant, many of my passengers would lose their minds if the WiFi wasn’t working properly on a 30-minute flight.

Just imagine the reactions if they were dealing with hours of power outages several times a day?