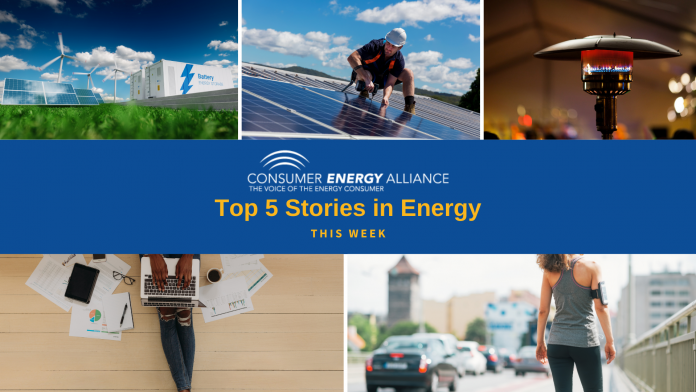 Earlier this week, global energy news was filled with headlines about the OPEC+ alliance and their focus on ensuring that oil prices do not nosedive again. After seeing that demand has not been recovering as quickly as originally expected, OPEC stated this will be discussed at their November policy meeting. Globally, the International Energy Agency sees the world burning through the oil supply glut, but new coronavirus infection rates are putting the recovery in jeopardy.

Yesterday, the Trump administration said it would offer areas in the Gulf of Mexico for leasing in an upcoming auction to oil and gas drillers on November 18. Industry experts believe the interest in this this lease sale will be the first major test of the offshore sector’s appetite for investment since early this year.

Meanwhile in Paris, the IEA in its annual World Energy Outlook, said solar output is expected to lead a surge in renewable power supply in the next decade. In its central scenario – which reflects policy intentions and targets already announced – renewables are seen accounting for 80% of growth in global electricity generation under current conditions.

After all of this week’s interesting global energy stories, here are five consumer stories to help get you ready for the weekend.

5Higher bills while working from home?

Residential electricity consumption rose 10% in the second quarter as the COVID-19 pandemic kept many people at home. Axios reports the average monthly power bill rose by almost $11 per household in April-July, which cost U.S. households almost $6 billion in the April-July stretch.

4Energy demand to rise this winter

With winter approaching, the Covid-19 pandemic is prompting both businesses and families to buy outdoor heaters that rely on electricity or liquefied petroleum gas, like propane. Bloomberg explains how Google searches for “patio heating” have jumped to a record high and what this means for consumers this fall.

3A new material could be a game-changer for solar power

Researchers have been studying how a group of materials called perovskites can be used to create new solar panels that could be twice as efficient as current ones and flexible enough to twist around buildings. CNN tells the story of how perovskites were discovered in 1839 and now can be printed using an inkjet printer and be as thin as wallpaper.

Researchers are developing a “tiny wind turbine” that can obtain energy from the breeze made while a person is walking. The Guardian describes how static electricity can be bottled up and stored for use, according to researchers working on the device.

According to researchers, this decade could be an important inflection point for the storage industry. Utility Dive sheds light on how years ago, research was done to examine the potential of using large-scale compressed gas to store energy to smooth out intermittent wind resources, which eventually turned into a demonstration project that is now helping to transform the natural gas delivery system into a renewable hydrogen delivery system with storage possibilities.