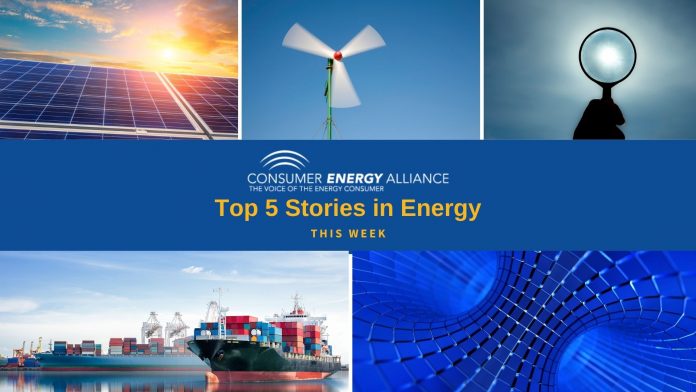 Headlines everywhere were dominated by stories about the unprecedented Texas freeze this week. While the lights for many Texans are back on, more than 13 million still remain without access to drinkable water. Meanwhile, Texas energy companies began preparing to resume oil and gas production as electric power and water service slowly resumed at oilfields and refineries.

Energy outages in Texas caused by the deep freeze contributed to oil prices falling this week, as well as affecting areas outside of the U.S., such as reduced energy supplies from Texas spilling over to Mexico.

In global news, this week the U.S. is officially back in the Paris Agreement. President Biden signed an executive order during his first day in office to notify the United Nations that the U.S. was rejoining the Paris Agreement. Now, the U.S. will submit a new national contribution to the agreement, creating an emissions target for 2030.

With so many energy headlines to read through this week, be sure to check out our five favorite stories and stay current on all things energy.

5Spherical sun power generators could be the future of solar energy

A German architect has designed a spherical sun power generator that acts as a magnifying glass to make power. Interesting Engineering reports that unlike the flat panels currently dominating the industry, the spherical generator is more energy efficient because the transparent sphere focuses diffused sunlight onto a small surface of mini-solar panels.

4Portable wind turbine you can set up yourself

KiteX has developed a new portable wind turbine, named the Wind Catcher, which weighs only 22 pounds, can be setup in 15 minutes and retails for just over $1,000. Geeky Gadgets reports that worldwide shipping for these portable turbines can be expected as soon as December of this year.

Scientists have discovered a way to increase the environmental safety of using perovskite solar cells. While the cells can be mass produced and versatile, they also contain lead which can leak if the cells are damaged. Tech Xplore explains how new research has created a failsafe, which captures and stores the lead toxins.

A new large-scale battery system will board a cargo vessel this summer to begin field trials. It will replace the first generation battery increasing the vessel’s storage capacity by three and a half times. Richmond News reports that if successful, the new high density battery could be used on cargo and cruise vessels as early as spring of next year.

Plans have begun to develop a pilot fusion power plant in the U.S. with construction to be completed between 2035 and 2040. E&E News reports that the  project will include teams from industry and science working in parallel, as well as investments from the Department of Energy and the private sector.