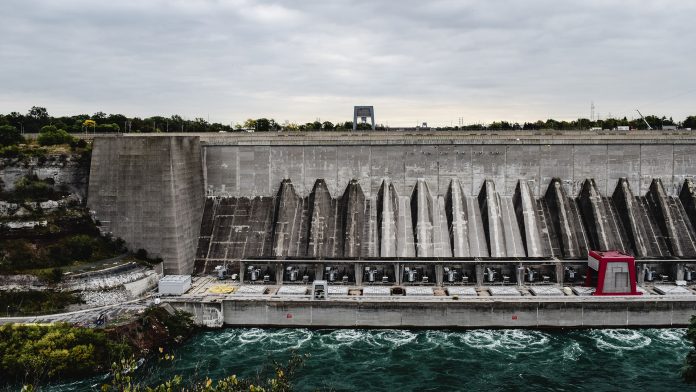 If you’ve been to the Cascades, Rocky Mountains, or Adirondacks, you’ve likely passed a hydropower dam or driven over one. Some are majestic, even breathtaking. Others you may not have even noticed. Dams are created for many different reasons. These reasons have evolved with technology over time, and they’ve been around for centuries. Ancient civilizations have been diverting and controlling water for millennia. The most famous example would likely be the Egyptians, who developed complex irrigation systems from the flow of the Nile River. Dams like these were introduced to Greek society sometime around the mid-fourth and third century B.C. in the form of watermills. These watermills were used as the name belies – for milling primarily and for metallurgy and agriculture. Many aqueducts and dams from antiquity still stand today, which is a testament to these civilizations’ incredible engineering know-how and craftsmanship.

Centuries later, a French engineer introduced the first turbine in 1827. Shortly after, in 1831, the first electric generator was born. In just 18 short years, the first modern water turbine, which is still widely used today, was introduced.

By 1882, the world’s first hydroelectric power plant was built in Appleton, Wisconsin, along the Fox River. This was the first real conventional impoundment dam with a spillway. Because of their use in agriculture, dams, especially impoundment dams, make it possible to farm in the arid part of the Western United States.

Impoundment dams are the most common type of dams and are the structures you drive by that often leave you awestruck. That’s because they’re in some of the most beautiful places on Earth, tucked away in mountainsides, valleys, and canyons. Some are even tourist attractions. The most popular impoundment dam in the world resides right here in the U.S. It is the Hoover Dam, which sits on the Arizona-Nevada border, just southeast of Las Vegas. While it’s not the largest dam in height or the biggest in terms of electric capacity, it has made a name for itself as a popular destination for vacationers across the West. Commissioned by President Franklin D. Roosevelt and constructed during the Great Depression, the Hoover Dam is the most visited globally, with almost 7 million visitors a year.

Other famous impoundment dams include the Theodore Roosevelt Dam in Arizona, the Oroville Dam in California, and the Grand Coulee Dam in Washington.

How Do Impoundment Dams Work

Hydropower is created by converting flowing water into electricity. This happens when water flows down through a turbine, connected to a generator that can produce power as the turbine spins. That energy is pushed out through an interconnected electric transmission system consisting of poles and wires and transported to power stations to be distributed to our homes and businesses. It’s not only a cost-effective form of energy; it helps to solve intermittency and seasonal issues brought on by solar and wind. Not only is hydropower an excellent source of clean, baseload power, it can also be dispatched quickly to help avoid black or brownouts and any other service disruptions that might arise on large electric grids.