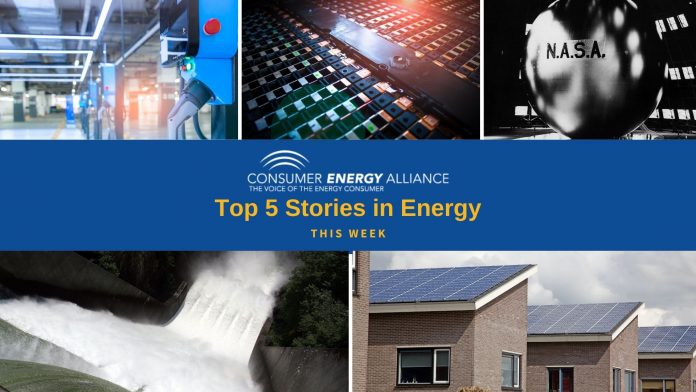 Earlier this week, news outlets buzzed with the announcement that the U.S. Supreme Court ruled 5-4 in favor the PennEast pipeline, which rejected New Jersey’s contention that sovereign immunity shields the state from being sued by PennEast.

At the same time, AAA projected that 47 million Americans are planning to travel this Independence Day weekend – making it the second-highest on record and nearing the highs set in 2019. But, as millions of Americans prepare for road trips this upcoming Independence Day weekend, the national average price of gas on July 4 is still expected to be over $3 per gallon, some 43 percent, or 93 cents more than last year’s pandemic-induced price of $2.18.

With oil’s continued push higher, fueled by continued strong demand globally and production occurring at a slower rate, gasoline prices are continuing up. And with the news that the OPEC+ alliance could keep tighter restraints on output with oil prices now trading around $75 a barrel , more than 40% up this year, many are concerned that the rise in oil prices could contribute to global inflation, slowing the economic recovery from the pandemic.

Whether you are headed out of town, hosting a barbeque at your home or watching fireworks this 4th of July, catch up on more of this week’s energy news below!

Electric vehicles are becoming more popular, so naturally, we need more charging stations in the U.S. to meet the growing demand. CleanTechnica reports of a new initiative will deploy solar-powered EV charging stations across America.

General Motors struck a deal to source lithium from geothermal deposits in the United States. With no full-scale lithium production in the U.S. currently, The Verge explains how the deal isn’t without its risks, but the need for new, environmentally friendly sources of lithium will be necessary as EV production continues to grow.

The public can now download hundreds of NASA’s computational innovations thanks to its Technology Transfer program – allowing American taxpayers to benefit from NASA developed technology. ZDNet shares that some of the technology available for download includes programs that can calculate a solar power system’s size, code that can analyze solar aircraft concepts and improve efficiency of wind turbine power generation.

China’s newest hydropower station, which is now the second-largest in the world, went live this week. Electrek reports that this is a major accomplishment for China, especially if they hope to reach their net zero deadlines under the Paris Climate Agreement.

Developers in Rancho Mirage, California have plans to build a community of 15 net-zero, 3D-printed homes. Inhabitat reports that the homes will feature solar panels that will generate enough energy to power the entire home; and residents will have the option to add EV chargers to their homes as well.