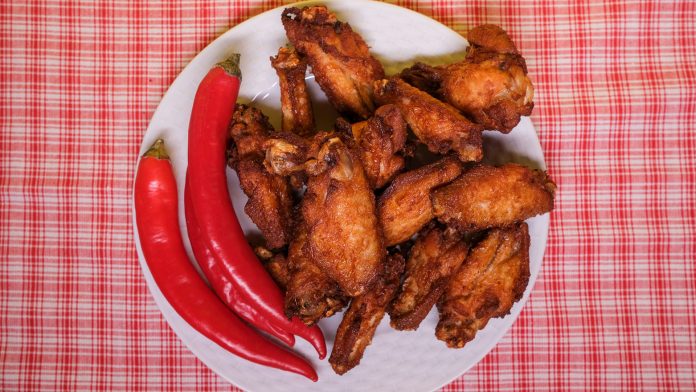 The summer, and more specifically the July 4th holiday, are points in the year that most Americans look forward to enjoying. Pool parties, barbeques, and road trips. In years past, the only thing you had to worry about was the increased price of gas. This year, however, it feels like nearly every product you come across is either out of stock, in limited quantities or higher-priced than usual, and you’re not crazy. The world is going through an ongoing shortage of items as supply chains work to keep up with increasing demand post pandemic.  Last year, manufacturers stopped producing in-demand items in health-related shutdown. Now, many are having trouble returning to full production because of a nationwide labor shortage.

As we enter summer and plan for barbecues, holidays and celebrations, what do these shortages mean for us as we navigate a COVID-19 hangover?

In late May, major beef and pork producer JBS USA suffered a cyberattack, prompting reported shutdowns at company plants in North America and Australia. Following the hack, the U.S. Department of Agriculture (USDA) reached out to meat processors across the country to ask that they try to accommodate the additional capacity to maintain the supply chain.

The chicken shortage can be attributed to a few different factors, including the COVID-19 pandemic. However, the chicken industry also took two major hits in February. The first and most recent is Winter Storm Uri, the severe storm in Texas that resulted in the death of millions of chickens and also coincided with the wing industry’s biggest event of the year, Super Bowl Sunday.

The second is a lingering result of the COVID-19 pandemic where chicken prices also took a hit. The price per pound for a whole chicken averaged $2.80 in April 2020, the lowest price since at least 2016, according to the U.S. Department of Agriculture. After hovering around $3.30 for the rest of 2020, prices began to spike again earlier this year.

Right now popular wing restaurants like Wingstop are trying to counter the demand by rebranding to Thighstop and opting for more readily available chicken options.

The fireworks industry warns that supply ahead of Independence Day will be down about 30 percent this year due to supply chain issues. To give some context, last year the United States imported about 255 million pounds of fireworks, mostly from China, according to data from the research firm IHS Markit. Many companies increased their orders after record-breaking sales last year neared $2 billion. This means that because of the high demand, there could be a shortfall of over 76 million pounds of fireworks this year. If you also factor in the ongoing labor shortage which is further slowing down fireworks delivery, consumers can expect anywhere from a 5 to 30 percent increase in prices depending on where they live.

Looking to take your kids to the community pool or beach you may have to serve double duty as parent and lifeguard since there’s a shortage of lifeguards.

During the COVID-19 shutdown, many public pools were closed and certification classes were either canceled or hard to come by. Other factors like a chlorine shortage, cost of training and more diverse job opportunities play a role but the ripple effect of having fewer lifeguards on staff is being felt nationwide. Here are a few examples among many more:

It feels like we’ve been on a rollercoaster when it comes to gas prices and now it’s time to brace going up another hill. The current demand for fuel is rising and pushing prices to levels not seen since 2014. The U.S. average price for a gallon of gasoline rose 2.5 cents from last week to $3.09 per gallon on Monday. This now makes the national average almost 5 cents higher than May and 92 cents higher compared to this time last year. As we approach July 4th, Americans should expect to pay even more at the pump if they plan on taking a road trip.

The Energy Information Administration predicted gasoline would average $2.92 a gallon for the April-September summer driving season, up from $2.07 a gallon for the same period last year. For the full year, the EIA estimates regular gasoline will average $2.77 a gallon and U.S. households will spend $570 more on fuel than they did a year ago. 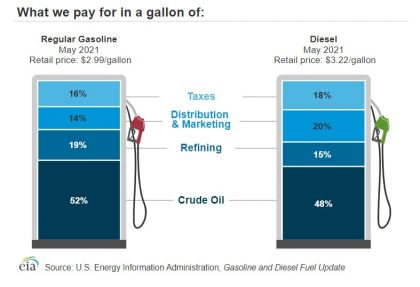 For consumers, higher gasoline prices are one of many inflationary side effects as the economy recovers from the pandemic. The plus side? The Federal Reserve is expecting many of these increases to be temporary. In an appearance before a House subcommittee last week, Fed Chair Jerome Powell cited “the pass-through of past increases in oil prices to consumer energy prices” as one factor behind the increase in inflation.