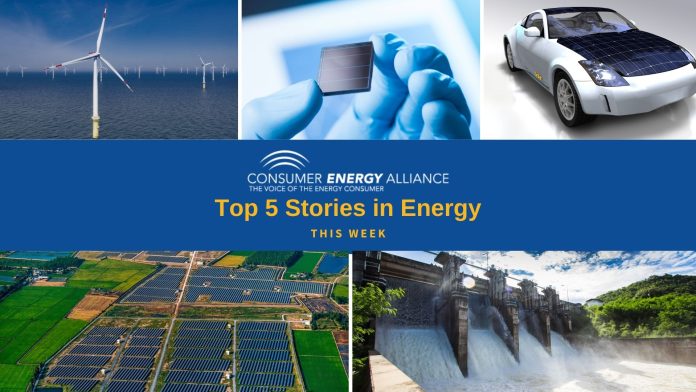 News stories this week focused on the energy crisis gripping the world, causing some to wonder if the U.S. is next? U.S. oil prices have skyrocketed $120 since crashing to negative $40 a barrel in April 2020 and gas prices around the U.S. have surged to a seven-year high as the demand for fuel has overtaken the supply.

Meanwhile, a new report released this week shows that if the Biden Administration pursues its goal of building 30 gigawatts of offshore wind capacity in the U.S. by 2030, companies supplying the industry will generate $109 billion over the next decade.

In another move to advance America’s renewable energy goals, the Biden Administration last week announced a goal of 5 million homes powered by community solar energy by 2025 – a target that would require the U.S. to increase community solar generation by more than 700 percent by 2025.

Check out our top five favorite stories in energy this week below!

5Meet the solar-powered car you may not need to charge

A solar-powered car out of Munich may be a game changer for the electric vehicle industry. Electrek reports that the Sion has solar panels integrated into the design, and can charge just from being parked outside….and on not so sunny days, it can be charged electrically.

4The American farm that produces both food and energy in tandem

Agrivoltaic systems use the same land area for both agriculture and producing solar photovoltaic power. CleanTechnica reports on how the largest commercially active agrivoltaic system in the U.S.  was created in conjunction with the U.S. Department of Energy, National Renewable Energy Laboratory and University partners to research and develop a model for how to produce food and energy in tandem.

While building new dams in the U.S. is largely a thing of the past, many of our existing dam infrastructure is in need of repair. Yale Environment 360 explains how retrofitting our existing dams for hydropower could generate enough renewable electricity for several million homes.

The biggest turbine in the world, a 15-megawatt offshore wind turbine prototype, will begin generating electricity next year. The BBC reports that the turbine will be powerful enough to provide electricity to an estimated 13,000 British homes.

German-based researchers have identified a new combination of materials for solar cells that could make them 1,000 times stronger than traditional silicon based cells. The Brighter Side explains how by creating crystalline layers of barium titanate, strontium titanate and calcium titanate alternately placed on top of one another the researchers were able to produce a thousand times more power for over a six-month period.