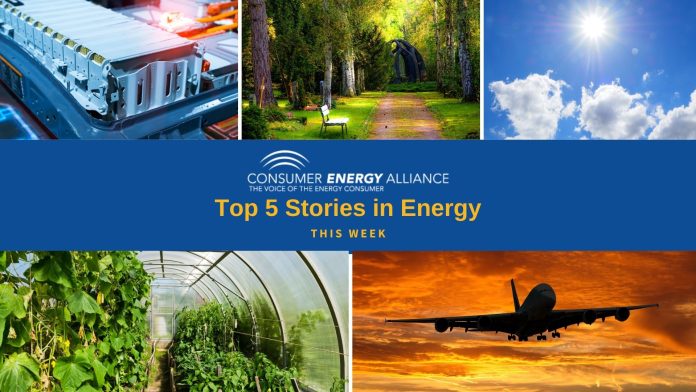 This week, the Biden Administration announced plans to pump $20 billion into expanding the nation’s transmission network – targeting “shovel ready” projects. To implement this plan, the Department of Energy will partner with utilities, transmission developers and state governments to create routes for new power line projects.

In the same announcement, the Administration also shared that it would hold the U.S. government’s largest ever offshore wind auction next month in waters off the coast of New York and New Jersey.

Meanwhile, Democrats’ Build Back Better bill is on hold again, as negotiations between the White House and Senator Joe Manchin have fizzled out. The $1.7 trillion climate and social spending bill has been a top priority for the President, but until he can negotiate a compromise for Manchin’s support in the Senate, it likely will not be put up for a vote.

Check out more of this week’s most interesting stories in energy below!

5Using light to boost the performance of fuel cells

Engineers from MIT and Kyushu University in Japan have demonstrated for the first time that light can be used to significantly improve the performance of fuel cells, lithium batteries and other devices that are based on the movement of charged atoms, or ions. Phys.org reports that the work could have many applications, such as helping to boost the performance of thin lithium battery electrolytes by increasing charging rates.

4How to keep your greenhouse warm

Knowing how to heat a greenhouse is crucial if you live somewhere with cooler temperatures or want to try your hand at growing more exotic plants that require plenty of warmth. If you are looking for new greenhouse ideas to help keep your plants cozy throughout the winter months, Gardening Etc has created a guide of the most common ways to heat a greenhouse with everything from plug-in-and-go approaches to DIY methods.

SOURCE Hydropanel is operating in 50 countries around the world and is said to be able to provide clean, sustainable drinking water from sunlight and air. Forbes reports that Arizona State University, where the technology was first developed, powered up a water farm in September that can produce 400,000 gallons of drinking water a year (or about 1.5 million liters).

There is a new type of “water” cremation and is supposedly more environmentally friendly because instead of using energy for the fire, it uses water in a metal vessel. Fox 10 Phoenix reports that the process has been credited with being more eco-friendly too, creating 35% of the same greenhouse gasses as a typical cremation and using 90% less power.

1The path to zero-emission air travel

An old Kentucky coal mine will soon be turned into a pumped hydro “water battery” in an ambitious renewable clean energy scheme. In Habitat reports how the developer will transform the strip mine into the storage project and use wind and solar to operate the pumps.