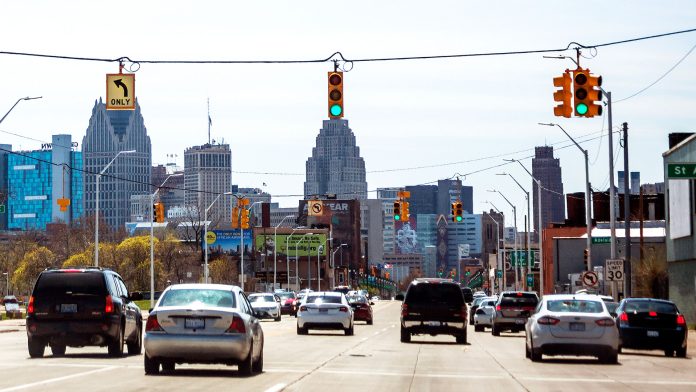 As inflation – especially in higher energy and food bills – climbs and COVID-19 endures, Americans increasingly are realizing how their everyday lives have changed. This new reality also appears to be shifting attitudes within the Biden administration and elsewhere about the need to rely on traditional energy sources for years to come and to subdue the drive to ban oil and gas exploration and oppose energy infrastructure projects.

The catalyst for changing energy attitudes is the new reality of everyday life. The pandemic has triggered significant changes in it, just as earlier seismic events like the Great Depression and the more recent Great Recession did. The deaths of over 930,000 Americans from COVID-19 by mid-February underscores the changes.

Surveys tell the story. Half of Americans now are in or near poverty, living paycheck to paycheck. The American job is in transition, spawning the Great Resignation. How we spend our time has amended as our routine was upended. Indeed, nearly 9 out of 10 of us cite at least one negative change in our lives, a Pew Center study reveals (while a smaller share an unexpected upside).

Among the wide-ranging difficulties: Americans feel more negative about their personal relationships; their and others’ physical and mental health; their jobs and personal financial situation; and society, politics and safety precautions. More feel isolated, with one Pew study respondent admitting, “Even for an introvert, there’s such a thing as too much isolation,” and another confessing, “Mentally, I am exhausted, depressed and suffer from insomnia.”

But lately, it’s inflation that’s become increasingly worrisome, especially for those whose finances are already precarious or who live on fixed incomes whose real take-home pay has decreased. In December 2021, our country experienced its highest rate of inflation in 40 years. Our financial regulators are now admitting that this is no longer a “transitory” occurrence but will be a weight on the economy and regular people throughout 2022. Anything priced in dollars, including commodities like oil and natural gas, during periods of high inflation face an upward price trajectory.

Many older adults remember how the Great Inflation of the 1970s impaired their lives. A major report on that period described the inflationary impacts on Americans this way: It affected “nearly all aspects of everyday life — from the type of breakfast cereal they buy to how low they set their thermostats in the winter. The changes involve how they travel to work and how they rear their children, where they go on vacation, and a thousand other things.” This brings us to today’s inflationary concerns – especially over higher energy prices to heat or cool Americans’ homes or fill up their vehicles at the gas tank. Fueling these worries is the expectation from the U.S. Energy Information Administration that households could see their heating bills jump as much as 54% compared to last winter. And average retail gas prices have climbed more than 50% in the past year, averaging $3.53 a gallon for regular the week of Feb. 21 and a record $4.75 a gallon in California. Prices we’ve not seen since July of 2008 during the Great Recession.

Inflation, of course, is an added tax and households already are spending close to $175 each because of it, raising fears of protracted economic stagflation. No wonder, the latest report on consumer confidence showed, by one respected measure, a decline for the fifth month in a row in November, sliding 6.2% from October, as higher energy prices, especially worried consumers.

Indeed, they are so worried that they are less committed to combatting climate change than they have been. While 71% of Americans surveyed in late September said they are either somewhat or very concerned about climate change, 39% said they wouldn’t spend one dollar more than they already spend annually on gas or electricity to mitigate climate change’s effects. Fifty-six percent said they were unlikely to spend extra money to buy an electric vehicle to replace their gas-powered car.

Perhaps it’s how higher energy prices change Americans’ attitudes toward climate change that is shifting the momentum in the administration and beyond by subduing talk of moving swiftly to abandon natural gas and oil as essential energy sources and to oppose energy infrastructure projects, either new or for existing pipelines.

After President Biden initially took a strong stance against fossil fuels, canceled the Keystone XL pipeline project, and delayed leasing on federal lands, the administration hasn’t opposed other key projects, such as the Line 3 replacement pipeline from Canada into the Upper Midwest as well as the Line 5 in Michigan with our current price environment. Administration officials say the president is taking a more balanced approach because our country needs oil and gas as it transitions toward renewable energy sources such as solar and power.

Life, of course, often reroutes our realities – and it’s usually a welcome relief when people see the light more brightly and change their shortsighted attitudes. Too bad, though, that is has taken the pandemic and inflation for anti-oil and-gas activists to realize how essential adequate fossil fuel supplies are for the foreseeable future.